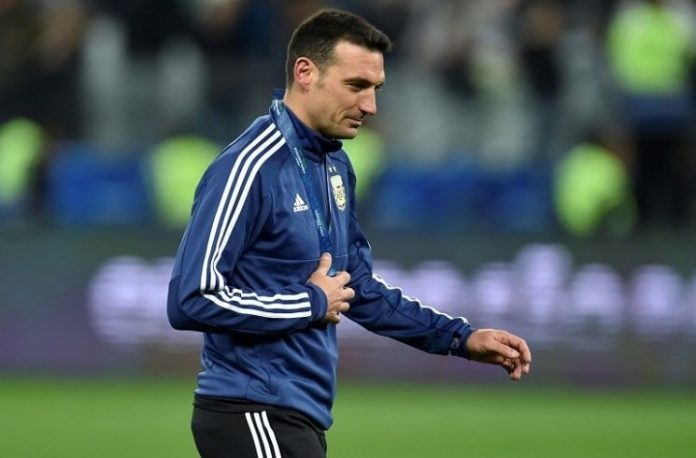 Argentina coach Lionel Scaloni is the latest to give his thoughts on the controversial decision by coach Jose Pekerman to leave Lionel Messi on the bench during the 2006 World Cup quarter final match vs. Germany.

Much has happened and much has been said since that match but many continue to speak about it. The most recent is the current Argentina coach and a player on that 2006 squad, Lionel Scaloni. At that World Cup, Scaloni took part in the thrilling 2-1 win vs. Mexico in the Round of 16 but did not take part in that quarter final match.

Lionel Scaloni gave an interview on the AFA Play platform where he spoke about that decision and that team. Here’s what he had to say:

“Your goalkeeper gets injured and the second change was a tactical one. You can’t take Crespo out to put in Leo when they put every big player up front. You have to put in a tall player and for that reason they put on Cruz. We wanted to finish the game like that, I would have done the same.

“Messi had an injury about 2 or 3 months prior, he was in cotton.”

Scaloni had this to say about the team:

“We did the most, we went without losing a match. Had we not been champions it was because we were held to a draw right before the final and things happened in the match vs. Germany. But we gave it our all and there’s only one team that wins. There are more losers than winners.”