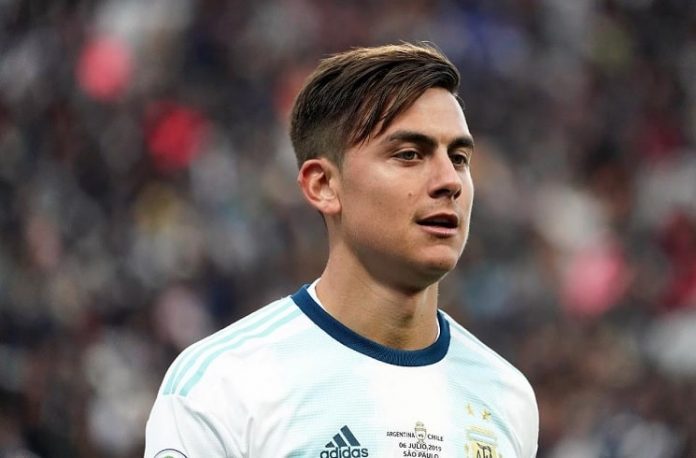 Paulo Dybala gave an interview with AFA Play where he spoke about the Argentina national team, playing alongside Lionel Messi and the coronavirus.

Dybala has been at Juventus for five years and has been part of the Argentina national team for the same amount of time. He spoke about when he got called up to the team. Here’s what he had to say:

“There was a lot of talk about me. I was 21 years old, there was a lot expected of me. There was talk saying “it’s now, in September”. I had just joined Juventues and when the list came out, I wasn’t there and there was some bitterness. Still, I went on and my family supported me. I was waiting, I continued to train and luckily things were going well for me.

“In October, it was the same. That I was going to get called up but I didn’t have any expectations because I didn’t want to get my hopes up and that month I got a call from Tata (Gerardo Martino). It was just immense joy.”

In regards to the Argentina national team, Dybala says he wants more while also putting pressure on himself:

“I would have liked to have achieved more. To be able to give more goals, more assists, better results, on a personal level as well. Because here at Juventus, I’ve always been able to do the things I wanted to do. And maybe with the Argentina national team, I haven’t been able to develop the same way playing the minutes I was planning on playing at the World Cup, at the Copa America. But I always tried to respect the decision of the coach because I know it’s a very prestigious spot where I always have to give the most and the coach puts who he thinks is better.

“I don’t know if I’m a perfectionist but I’m very demanding of myself. I try to see what I’m doing wrong to be able to improve on it. I like to talk to the coach, to give my best and they know what I’m missing. Here at Juventus, I’ve always played. I won important things, I reached a Champions League final, I scored goals. I think that what I’m doing here, I still have to do with the Argentina national team. I’m now 26 years old, I’m not 21.

He was also asked about his comments a few years ago where he said it was difficult to play alongside Lionel Messi:

“There was never any bad intention on my part but people wanted to see it differently. If we’re going to talk about football at a press conference, I’m not going to criticize a team mate. Even about Leo, what I meant is that tactically we are so similar, it’s normal that we find ourselves playing in the same position. I played five years there at Juventus, him 15 at Barcelona. We feel comfortable in the same position, the best is that the coach works on that. It’s obvious that I’m the one that has to change and look for space he isn’t occupying.

“It’s what happened vs. Chile up until they sent him off. We had worked on it with Lio Scaloni, I always tried to look at him, to see where he is, to find the holes. It was a question that I answered normally.”

The Argentina and Juventus man was asked about the coronavirus:

“It’s psychological. At the beginning, you’re scared. In principal, you try not to think that it’s that. But after that, one of my team mates had it (Rugani) and after that another (Matuidi) and I was the last one. Luckily we weren’t many at the club.

“I had a bad cough, I was tired and at night when I would sleep, I’d be cold. It was a bit of having to live with it, not becoming desparate and trying to be calm.

“Now we are good, much better. Those days, we didn’t have symptoms. Let’s say that she (his girlfriend Oriana) feels much better. I got tired quickly, I wanted to train and I would be out of breath after five minutes. From there, we knew that something wasn’t right and through tests they told us that we were positive.”