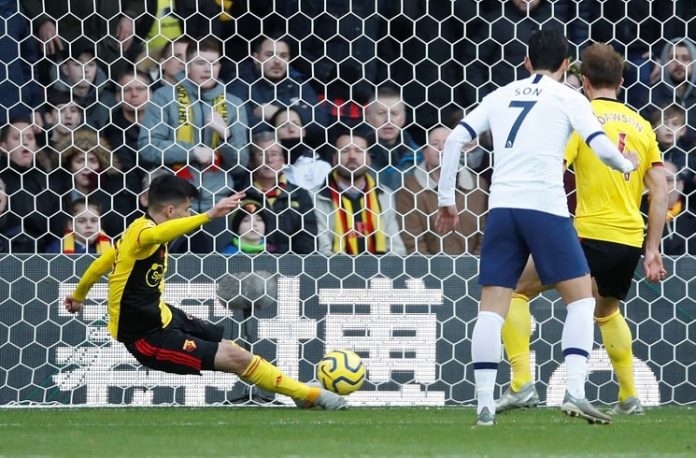 Ignacio Pussetto has stated that he wants to play for the Argentina national team while discussing his time with Watford.

A former team mate of Rodrigo De Paul at Udinese, the now Watford man has mentioned that the Argentina coach Lionel Scaloni has asked about him. Speaking with TyC Sports, here’s what he had to say:

“Never did anyone from Italy talk with me. Yes, they spoke with my representative but I would like to wear the colors of my national team. One day, (Rodrigo) De Paul told me that Scaloni asked him about how I train and where I most feel comfortable. He follows me, I know that it’s a technical team staff which works hard to follow every play. I always said that if I continue to work hard, one day I will get the chance.”

Pussetto was asked about the 2022 World Cup:

“I always think about it. I’m focused on the Copa America. Although when you change clubs, there’s always that period of adaptation. I hope I get it.”

He was also asked about Watford and former club chairman Elton John and if he got the chance to meet him:

“I still haven’t gotten to meet him but I know that he goes to the stadium. We’ve played three matches at home since I Got here. I think he goes to the stands and stays there. There are pictures of him at the club, he’s very loved. Hopefully I’ll get to meet him, it would be great.

About his debut at Watford and while he didn’t score, he did save a goal from going in:

“I don’t know if I had a dream debut because as a forward, you dream of the goal but it’s always important to help the team. If (Gustavo) Alfaro (his former coach at Huracan) applauded me? Possibly, ha. I’ve gotten better in the defensive part of my game and I learned a lot with him about it. He instilled in me that I have to track back but the most important thing is to get to the opponent’s penalty area. I suffered.

“There were games where I was annoyed because defended a lot and it cost me but every sacrifice has its reward and bears fruition. I remember in one game vs. Temperley, at their pitch, that we were winning, we weren’t playing well and in the second half I was lucky to score.”