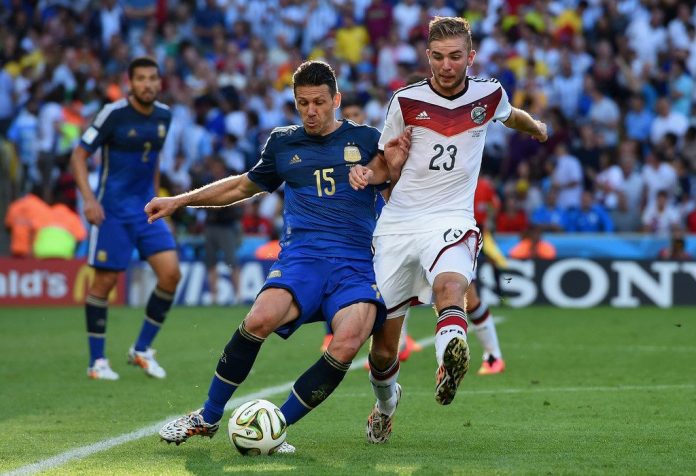 Martin Demichelis spoke to Radio La Red where he discussed the 2014 and 2010 FIFA World Cup defeats.

Demichelis played in two of the biggest matches one could play in his career and was on the wrong end of the result both times. The first was the infamous 4-0 defeat to Germany at the 2010 FIFA World Cup and the second was another loss to the Germans at the 2014 World Cup.

The former Manchester City and Bayern Munich man mentioned what he had in mind had the 2014 result gone the other way. Here’s what he had to say:

“It’s going to hurt forever but there’s very little to reproach us with.

“In my head, I had imagined us leaving at dawn with the World Cup to Christ the Redeemer. It would have been an image for all eternity.”

He also revealed that he has yet to rewatch the Eorld Cup final but thay eventually he will:

“When my son Bastian will be older and he’ll understand football and ask me to watch it, I’ll sit and watch it with great pride.”

Asked abiut the 2010 World Cup quarter final defeat to Germany, here’s what he had to say:

“A few days ago I saw a summary of the game. I saw highlights ans I believe we were up to it in the match until the 65-70 minute mark with a lot of chances to draw level. After the 2-0, every time they passed the middle of the pitch, there was a feeling they would score.

“We started the match 1-0 down within two minytes. We were competing but the 4-0 remains and there are no excuses and it remains there to analyze in Argentine football. We were eliminated.”