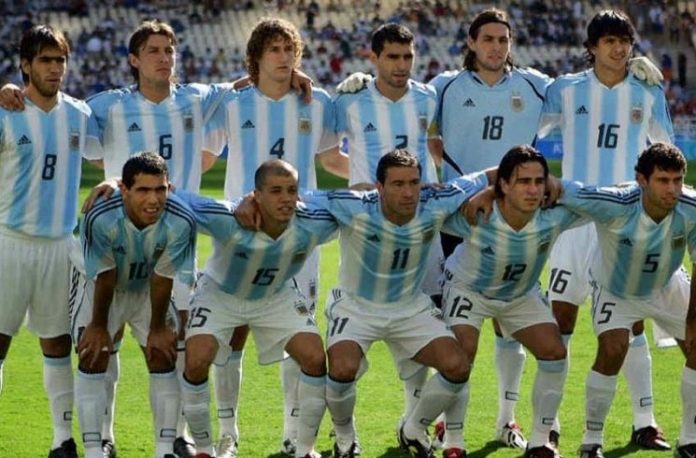 Argentina legend Roberto Ayala was on Instagram live during his 47th birthday when he received a message from old team mate, Gabriel Heinze.

The two shared a locker room for the Argentina national team during many years, one of which came when the two players won gold at the 2004 Olympic games. While Ayala was on Instagram live, Heinze came on and said the following:

“You already know what I think of you. I wish you a happy birthday. For me you were an example to follow. I had the privilege of being next to you for a long time and although we’ve spoken a lot of things related to football, it’s all a matter of taste. You are doing Argentine football very well and you are someone we have to listen to a little more. I love you, crazy.”

“I love him very much because he’s straight forward, he’s true to his ideas and above all, he’s a good guy. He does things that make you realize who he is as a person and that’s what I love about him.

“During the Copa America that we played in Brazil, I got a call from him where he joked about and it helped me. At times, one doesn’t want to do things that make it seem like you’re deceiving but I took his words in a good way. Your message was a gift, Gringo. I didn’t expect it. Thank you.”