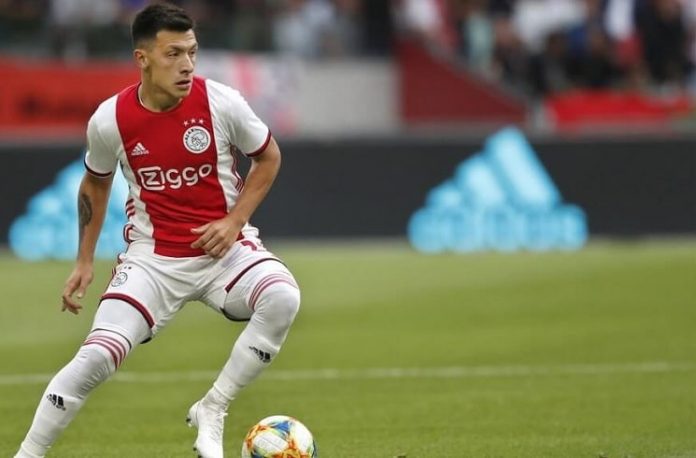 Lisandro Martinez gave an interview where he spoke about the Argentina national team, Ajax, life in the Netherlands and more.

Martinez is still in his first year in Europe but has adapted well. He’s earned a starting spot with Ajax and has even made his debut with the Argentina national team. Speaking in an interview with TyC Sports, here’s what he had to say:

“The truth is that you have to think of your health. We are people and we have to take care of ourselves. It’s a lot from an economic point of view but we have to be careful and hope that every decision taken is the best for everyone.”

His experience with the Argentina national team and if he sees himself at the Olympics in Tokyo:

“I will always be available, be it for the U23 team or for the senior Argentina national team. Anything that has to do with the national team, I’ll be there. I don’t know how it’s going to be next year but I’d like to be there.”

What he’s doing during the quarantine as he has been inside for more than a month.

“I’m doing well, training, I’m here with my girlfriend. We try to distract ourselves a bit by watching Netflix. We are well, we have to worry about those who are suffering because of it.”

When he opens the computer, what does he look for first? The news over there or the news here?

“No, the news from Argentina. I’m watching it all the time to see what happens there. I don’t watch the channels from here in the Netherlands.”

How he feels being distant from what’s happening in Argentina:

And in the Netherlands:

“Here in quarantine, people walk around on the streets. The shops are closed. Today I saw that the kids are going to start school. I want this to be over with.”

How is he with his family that live in Argentina:

“I’m always in contact with them. It’s very difficult to be so far away. Right now, you want to be with the family but you have to be strong. Regarding the precautions, we help each other all the time. Thank God they are all very well.”

Psychologically speaking, how is he:

“I’m very strong mentally. At times, I have days where I feel overwhelmed and don’t want to do anything. But I’m doing well. They are moments to reflect, to find yourself too and to improve.”

What will happen there regarding the league:

“From what I understand, they will tell us about it on Friday. I have no idea.”

If he cares or not since it would be his first championship in Europe:

“I’m not going to think about myself, I’m not selfish. If a decision is made, it should be same decision in all of the European leagues. Although we are tied on points with AZ, I would like to play a match against them to see who would be champion.”

He’s been a starter all season. If he was worried about getting to Ajax and not playing:

“I knew I was coming to a very big team. I came focused and I decided to play. I knew where I was going and I worked a lot, mentally speaking. When I first started training, it was difficult. It’s another rhythm, the key is to control the ball.

“In the third week, I started to adapt to the group. After a friendly, I won my spot and the coach started to put me in every game.”