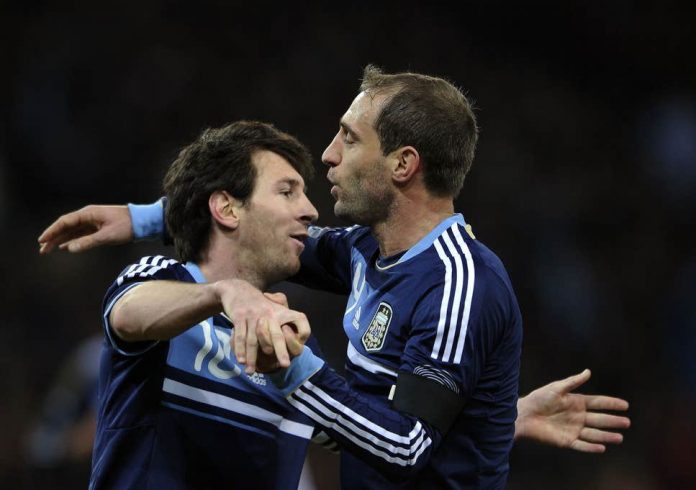 Pablo Zabaleta gave an interview with Presion Alta where he spoke about Argentina taking part in three straight finals, the demands on Lionel Messi and the current Argentina national team.

Zabaleta was part of the Argentina team which made the 2014 World Cup final and it continues to weigh heavy on him. Speaking in the interview, here’s what he had to say:

“We put in a lot of effort and there was the frustration of not having won a title. And they would say Messi’s friends. Today, it’s impossible for a footballer to get away from it all. We don’t stop being humans who suffer. After losing three finals, everything weighs more on you and you have to live with it.

“We live in a demanding society. The fact that we played three finals in three years has to be highlighted.”

“It’s demanding on Leo (Messi) because he’s the best in the world but no one wins alone. Beyond just that he hasn’t won a senior title, he gave the chance to the AFA to make a lot of money for having the best player in the world.”

Regarding the current team:

“When Russia was over, for many it was the end of a cycle. Now there’s a rebuilding. I see that (Lionel) Scaloni has done well with the group and I believe that he has good support from the new ones and as usual from the greats.”