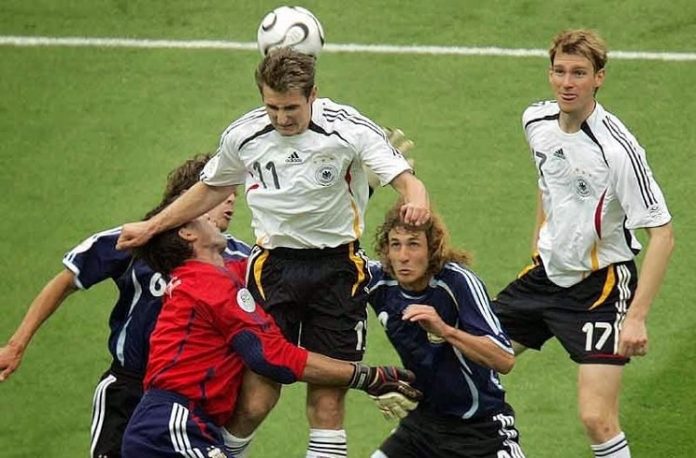 Roberto Abbondanzieri spoke about Lionel Messi at the 2006 World Cup, his injury against Germany, Marcelo Bielsa and the 2004 Copa America.

The former Boca Juniors and Getafe man was the starting goalkeeper for Argentina at the 2004 Copa America and the 2006 World Cup. Speaking to TyC Sports, Abbodanzieri spoke about it all. Regarding Lionel Messi, here’s what he had to say:

“How could I forget. Yes, he’s the one that took the most shots in the training sessions. We would stay to work a bit more and Leo was always there. I have a good relationship with him even if it’s been a bit of time since we spoke. He’d invite me to all his events. I lost, yes. He shot them very well. He looked more Brazilian than Argentine. The Messi I saw in the training sessions in 2006 was like the one now but without the experience.”

Regarding his injury vs. Germany in the quarter finals of the 2006 World Cup and how there were rumors that he could have continued:

“It was some moment. I went out far. I could have played dumb and stayed close to goal. It was a kick from the right and there was an opening. It was a moment where I was perfect but that took me out of the World Cup. For that, it took me four months to recover.

“It bothers me but it’s there. What stayed with me the most were the faces in the locker room. Honestly, I don’t want there to be any doubts. I spoke with Grondona. I couldn’t anymore. The next day, I left with my family. I went to Getafe to play for fives months. The doubts appeared when they did some tests on me in the stadium and nothing came out of it, like any test that is done instantly.

“There are a thousand versions. I was at Arsenal with Julio and he asked me the same thing.”

About the 2004 Copa America, Abbondanzieri spoke about Brazil’s first goal which came off a free kick where they drew level:

“For the free kick, I put four in the wall because I was afraid that they would shoot to the right of the goal. And there was the goal but I didn’t say anything. It was a very significant goal because it’s not the same going into half time winning than it is drawing.

“After the 2006 World Cup, I was training with Getafe and I got a letter that Bielsa had left me. Very serious, he went as far as writing us letters. He congratulated me for going to Europe, for the World Cup and he told me:

“The truth is that there’s something I have been meaning to tell you for some time: I never understood why you put so many players in the wall.”

“Obviously, there were missing players to head it away. In the letter, he explained everything and I didn’t contest it.

Abbondanzieri has stated that he has watched the goal more as a coach than a goalkeeper:

“Everyone was being man marked, no one was left. A lot was said about the goal at the time but for me and obviously for Bielsa, the first goal was more important. And people perhaps don’t realize that.”