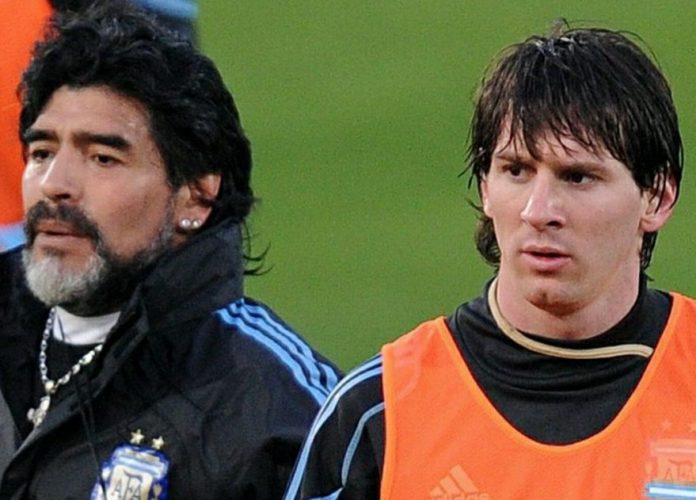 Roberto Ayala spoke with Fox Sports and gave his opinion on both Diego Maradona and Lionel Messi.

Ayala played with both legendary players in the Argentina national team. Here’s what he had to say:

“They are different. Diego for me was art in its purest form in his movements. He (Messi) is a Speedy Gonzalez who never loses the ball. He has the ball at 2 cm from his foot. How do you do that?

“I played with both. With Diego, I was just starting off. They are two beasts. When he (Messi) retires, he will also be remembered. I don’t know if it’ll be like Diego, it doesn’t matter. But yeah, I do enjoy that I had them in the same shirt.

The former Valencia man is also on the current Argentina national team staff with Lionel Scaloni. Ayala commented on Messi’s importance to the current squad:

“For this generation, he (Messi) is very important. He doesn’t have to take care but to transmit what he lived through his Argentina national team career. Today, there’s no Masche who was helping him and they were a very good duo. There is Otamendi but the character is different. There’s a good group, there are good footballers, now you have to build a team.”