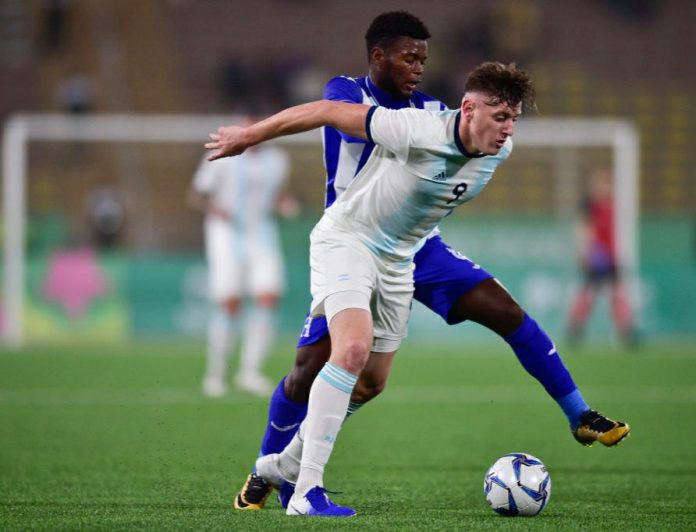 Argentina U23 coach Fernando Batista gave an interview where he spoke about Barcelona’s reported interest in Adolfo Gaich.

As we reported a few weeks ago, Barcelona are apparently interested in signing the Argentina international. Gaich, who made his debut for the senior Argentina team late last year, has been linked with a move to Europe for several months. The latest being European giants Barcelona.

Speaking in an interview with Mundo Deportivo, here’s what Argentina youth coach Fernando Batista had to say:

“It doesn’t surprise me that Barcelona look towards Adolfo as someone for a future project. It’s worth betting on Gaich. I have no doubts. He has potential, aerial play, he’s strong. One on one, he has speed. Despite being 1.90 cm, he knows how to get an opponent off him. I imagine him perfectly on European pitches, with the grass being wet. It’s ideal for him.

“At Barcelona, they would make him better because of how they work and for the level of his team mates which would demand more of him.”

“If that transfer would have been done, the adaptation process there would have been to play. Now, if Barcelona get him, they wouldn’t have him playing because I imagine they’d incorporate him as a support, something like what Borussia Dortmund do with (Leonardo) Balerdi.”

Batista compared the San Lorenzo striker to Martin Palermo and Robert Lewandowski. Regarding his comparison to Palermo, he compares him for:

“His optimism towards looking for the goal” while also saying “he has a few things of (Robert) Lewandowski in terms of “his physicality, how he uses his body, how he shields the ball.”

“The characteristics would perhaps fit him better in the Premier League, the Bundesliga or in Italian football. But he could also play perfectly in Spain and with Barcelona.”