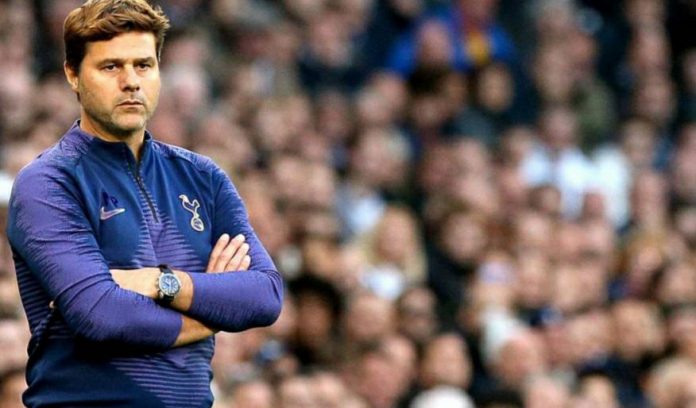 The great Alexia Furmanski has joined the Mundo Albiceleste team and her first article is about a certain Mauricio Pochettino and his rumored move to Newcastle United! A big thank you to Alexia and a thank you! Make sure to give her a follow on Twitter!

Newcastle United has been making headlines. Not only are they on the verge of being acquired by a Saudi Arabian investment group, it has also been rumored that the Magpies want to make Mauricio Pochettino their coach. Reportedly, they would pay him enough to make him the third-highest paid football manager in the world. Sources say that Pochettino is interested in returning to the Premier League (and a lucrative payday) and is considering a move to Newcastle, but in a recent interview, he insisted that he wants to manage Spurs again and lift the trophy that has eluded him and the club for so long.

Spurs fans should stay calm. Mauricio Pochettino wants to return and probably will, whether in the immediate future or a few years down the road. Tottenham has not necessarily been exciting under the supervision of Jose Mourinho, Poch’s replacement. This must make some Spurs fans wonder why the Argentine left in the first place. Let’s recap.

Problems in North London started in the summer of 2018, when Spurs became the first team in 15 years to not sign a player during the summer transfer window. Tottenham went 18 months without adding a single player, which in today’s footballing world is unheard of. Tottenham was in the midst of building a beautiful stadium and training ground, which likely made president Daniel Levy tighten up the transfer budget. As a result, during that transfer window, Tottenham failed to add depth and quality to a team that many argued was one to two moves away from winning trophies.

Although the majority of the blame has fallen on the board and Daniel Levy, it is rumored that Pochettino denied players offered to him by management. Pochettino was not shy about making his voice heard. He publicized his discontent with ownership during interviews and post-match conferences and asked that they allow him to make the moves he felt were necessary. This obviously led to tension among the manager and his bosses, and relationships started to suffer both inside the locker room and at the managerial level.

Despite all of this, in 2019, thanks to Lucas Moura’s second-leg hat-trick in Amsterdam, Tottenham reached the Champions League finals, a monumental achievement for the North London squad. For the final, Pochettino gambled on Harry Kane, who was coming off an April injury, but unfortunately Kane was a shadow of himself, and clearly unfit for the occasion. The game didn’t play out in their favor, and Spurs were denied a historic victory in Madrid by Premier League rival Liverpool. Pochettino’s heartbreak following the loss was felt throughout London, and he even admitted that he did not leave his house for ten days after the loss, stating that “it was so tough because we nearly touched glory.”

Wins are like makeup. They cover up imperfections and hide what is underneath. Tottenham’s extraordinary Champions League campaign covered up much of the locker room drama that I described above. After the loss, the club came crashing back to reality, the makeup washed away, and the imperfections were exposed. Cracks began to appear between Pochettino and the team, and the chemistry they once had begun to fade. This often occurs to teams after a historic campaign during which everyone commits their all to achieving history. Falling short of that goal is often detrimental to the team’s future, and without a solid foundation, it is inevitable that the pieces will start to fall apart. Add to that the tension that had already been brewing inside the club, and you have a recipe for disaster.

The results did not help. In the beginning of the season, Tottenham failed to secure any points against Newcastle in a home game. In September, Tottenham threw away, for the second match in three games, a two-goal lead against Olympiacos. The following game was against Leicester, where Tottenham were defeated after again being in the lead. Things got worst for Tottenham, when they were knocked out of the English League Cup by 4th tier Colchester United in a penalty shootout. The nail in the coffin was probably the 7-2 embarrassment handed to Spurs by Bayern Munich in the Champions League. The game was played in North London! And, for good measure, Brighton beat Tottenham 3-0 a few days later. Having won none of his last 5 games and sitting 14th in the Premier League table, even those without a sense of smell could sniff out what was coming.

In today’s football, if you want to chase the big prizes, you need to spend money. Although Poch miraculously led Spurs to the Champions League final, the lack of big name signings towards the end of his coaching tenure led to his ultimate demise.

However, the bond and winning culture Pochettino created at Spurs will never be forgotten, but in the meantime, Newcastle is calling. If I were him, I’d answer. The highly-regarded Pochettino knows the Premier League, and everyone has seen how far he can develop players with time, as he did with Kyle Walker, Harry Kane, Dele Alli, and more.

Saying that Newcastle has talent to develop is an understatement. Joelinton, Allan Saint-Maxim and Paraguayan Miguel Almiron are all young, promising players that would excel under Poch’s supervision. He can overachieve at Newcastle. To take the next step, acquisitions will be key, but it should not be a problem for Newcastle, especially if the Saudis consummate the purchase. According to the Spanish outlet Mundo Deportivo, Pochettino has his eyes set on Coutinho, a player who can create something out of nothing, but is currently not at his best at Bayern Munich. Pochettino has been wanting to sign Coutinho since his time at Tottenham, but was rebuffed by Daniel Levy.

Some may question whether Pochettino is already too big of a name for a team like Newcastle, who is used to sitting at the middle of the table or fighting to stave off relegation. However, Poch is highly ambitious and enjoys a challenge, and as mentioned, Newcastle is a very interesting project. A significant transfer budget and Pochettino’s coaching prowess may be the combination that takes Newcastle into the Premier League’s elite. Pick up the phone, Poch, Newcastle is calling.

Alexia Furmanski is an Argentinean born, Miami raised, soccer enthusiast. Her passion for the sport began as a young child, as family time consisted of watching her grandfather (a die-hard fan) cheer on River Plate. The years pass but the passion continues – but now as both a River Plate and Tottenham fanatic.