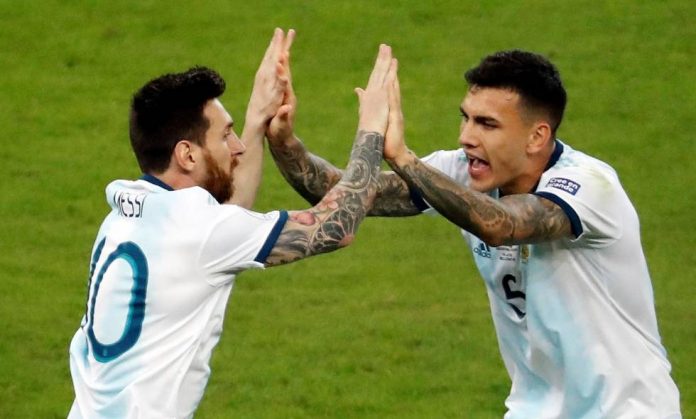 Leandro Paredes spoke in an interview with Fox Sports Argentina where he discussed Lionel Messi’s incorporation into the current Argentina national team squad.

The Argentina and PSG midfielder has become a staple in Lionel Scaloni’s midfield. Playing 24 matches with the national team, Paredes is surely one not only for the present but for the future of the team. Speaking in the interview, here’s what Paredes had to say about Messi:

“We try to make it so that he feels comfortable, for him to know that we are all going in the same direction, that everyone will be with him. I believe that was very good not only for him but for all of us.”