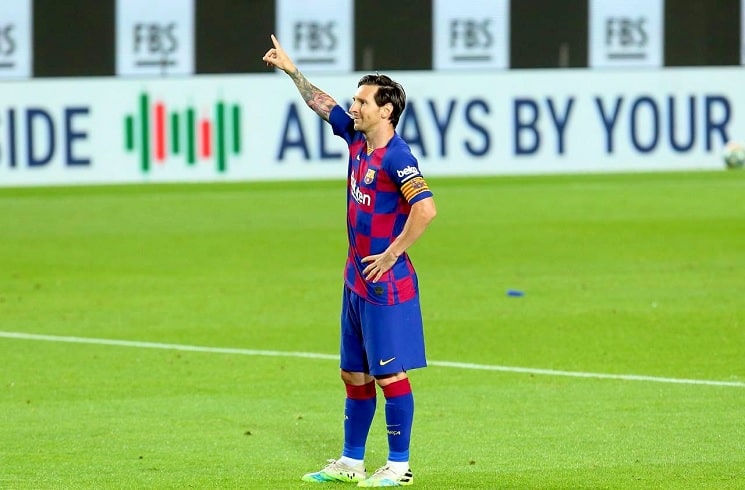 Lionel Messi reached 699 career goals after he netted one for Barcelona in their 2-0 win vs. Leganes.

Messi scored Barcelona’s second goal, a well placed penalty kick at the first match back at the Camp Nou since La Liga resumed. The Argentina and Barcelona captain earned his team a penalty following a run only Messi could do. The number 10 received the ball in midfield and dribbled his way through the Leganes team before being taken down in the penalty area.

No Space? No problem for the Greatest of all time. pic.twitter.com/jxHTwnq7oU

WHAT A FUCKING RUN
pic.twitter.com/gK7emzbV9h

Messi scores again He's on a mission since coming Back 🐐 pic.twitter.com/U3dnGWCh1r