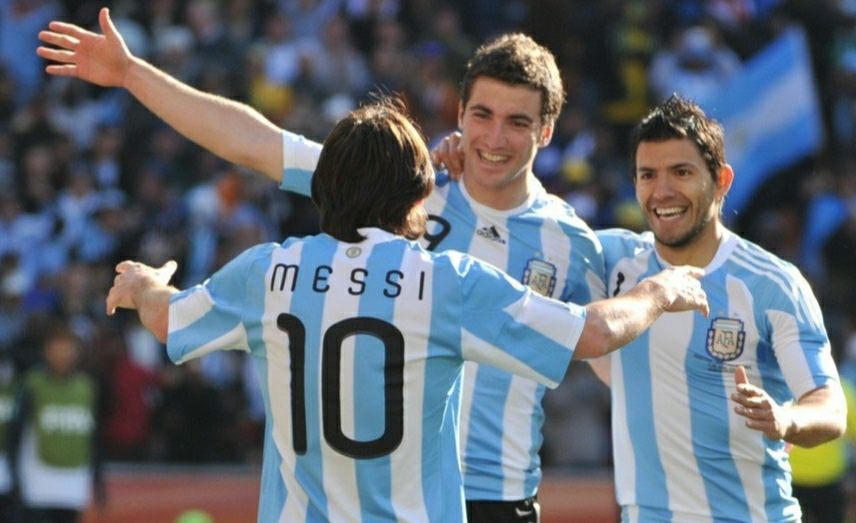 Gonzalo Higuain scored a hat trick for Argentina on this day in their 4-1 win vs. South Korea at the World Cup.

It was Argentina’s second match in Group B and just like the opening win vs. Nigeria, the two time world champions got off to an early lead. Diego Maradona’s team were awarded a free kick and it was Lionel Messi who took it and the number 10’s cross into the penalty area landed onto Park Chu-Young as the South Korean deflected it into his own net.

Higuain would score his first ever goal at the World Cup before half time. Maxi Rodriguez would send a cross in which was flicked back by Nicolas Burdisso. The ball landed onto Higuain who would score from close range.

Martin Demichelis would make a mistake at the back and Lee Chung-Yong would take advantage to pull one back for the South Koreans before half time.

Lionel Messi would be the architect of the third goal. A lovely run from midfield as he’d play a pass to Aguero who would play it back to Messi but his shot would hit the post and land onto the feet of Higuain who would score a tap in.

The fourth goal was a lovely counter attack. Lionel Messi took a quick free kick and passed it onto Aguero. The then Atletico Madrid man ran towards the South Korean back line and the ball would eventually find Lionel who, while surrounded by several red shirts, would dink it over them onto Aguero. A flick cross into the penalty area reached Higuain who would head it into the back of the net for his third.

That third goal for Higuain was the first hat trick scored by an Argentina player at a World Cup since Gabriel Batistuta did it against Jamaica at the 1998 World Cup.

Here was the starting eleven for that match:

Nicolas Burdisso would come on for Walter Samuel, Sergio Aguero for Carlos Tevez and Mario Bolatti for Gonzalo Higuain.