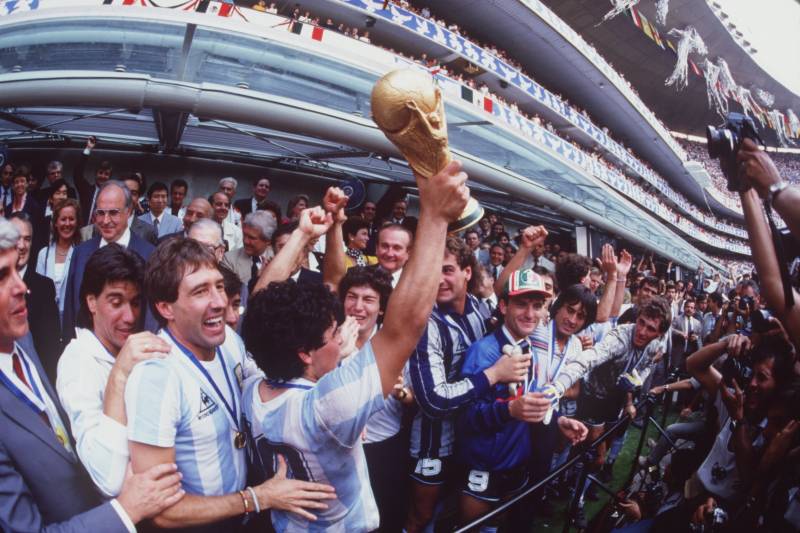 On this day in 1986, Argentina would defeat West Germany 3-2 to lift the World Cup.

For the second time in their history, Argentina reached the pinnacle of world football 34 years ago. It was a back and forth match which saw Jorge Burruchaga deliver the decisive goal and score the winner.

Argentina started the tournament far from being favorites. Despite having won the World Cup in 1978, their showing in Spain four years later was far from good and going into the showdown in Mexico, they were not one of the top contenders.

Diego Maradona would end up stealing the show and prove why he was the best player of the tournament. Drawn in Group A with Italy, South Korea and Bulgaria, Carlos Bilardo’s team topped the group with two wins and a draw. A convincing 3-1 win vs. South Korea to open the their tournament, a 1-1 draw vs. Italy and a 2-0 win against Bulgaria.

This would set up an all South American showdown in the Round of 16 against eternal rivals Uruguay. A goal right before half time by Pedro Pasculli gave Argentina the 1-0 win.

The quarter final match between Argentina and England would prove to be memorable for many different reasons. An instant classic, there were still tensions between the two countries off the pitch and on it would prove to be just as controversial. Diego Maradona would play one of the best games of his career and score both goals in the 2-1 win. The infamous Hand of God goal saw the Argentina captain outjump goalkeeper Peter Shilton and punch the ball into the back of the net. The players celebrated, the referee awarded it and Argentina took a 1-0 lead.

But the show was just beginning. Diego Maradona would go on to score what is no doubt the best individual goal in World Cup history. Dribbling past several English players as if they weren’t there and scoring, Maradona made it 2-0 and he was all the world was talking about. While England would pull one back, Maradona’s double meant Argentina would get the win.

In the semi’s, it was once more the Diego Maradona show. Another brilliant pair of goals by the great man saw them into the final.

It was Argentina vs. West Germany and it was one of the best finals ever played. Under the blistering heat, the final produced 5 goals, all brilliant in their own right. Jose Luis “Tata” Brown would give Argentina the 1-0 lead in the first half. Still early in the second half it would be Jorge Valdano who would double Argentina’s advantage but it wasn’t all smooth sailing. With about 15 minutes left to play, West Germany would score twice in six minutes to draw level.

Maradona would have one more rabbit out of his hat to pull out. Minutes after West Germany had equalised, Maradona played a pass into Jorge Burruchaga who would go on and score the match winning goal which would give Argentina the win and lift the World Cup.