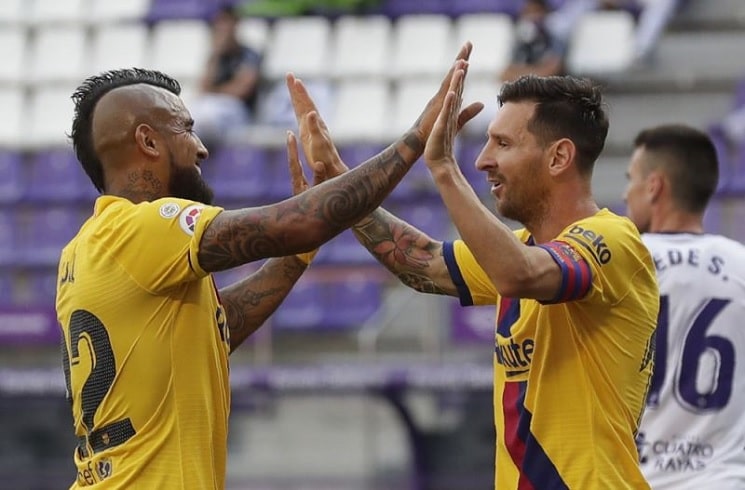 Lionel Messi assisted once more for Barcelona, this time in their 1-0 win vs. Real Valladolid and he now holds another record.

The Argentina and Barcelona captain has now reached 20 assists this season, drawing him level with Xavi with the most assists in a single La Liga season after assisting Arthuro Vidal in the win. Xavi has held the record since the 2008-2009 season.

Messi is also on 22 goals this season and also draws level with Thierry Henry as the only players to have 20 or more goals and assists in a single season since the turn of the century.