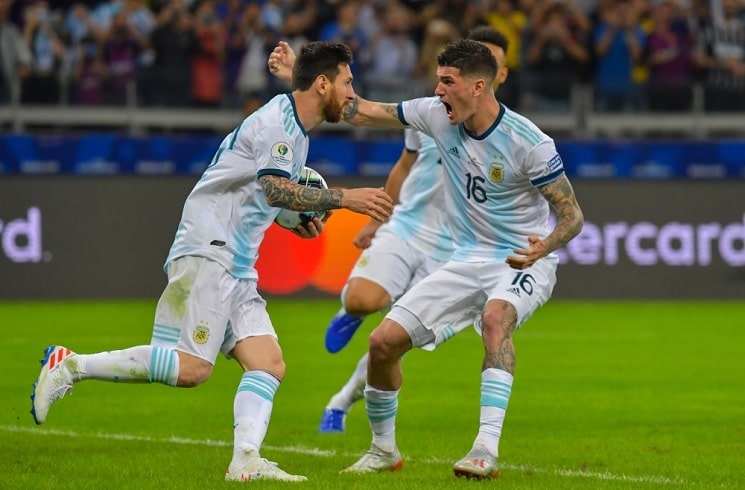 Rodrigo de Paul has been an important player for coach Lionel Scaloni with the Argentina national team and the Udinese player spoke about his adaptation in the team, Lionel Messi and more.

De Paul has already played a Copa America with the team and proved to be an important player for the squad. Speaking in an interview with TyC Sports, he commented on the importance of making Lionel Messi feel comfortable on the pitch. Here’s what he had to say:

“We want Messi to feel comfortable. That is our main goal, that on the pitch, he feels confident. At times, it’s difficult to be Messi because you have to attack, you have to talk to the referees and other things. Listen, first thing is to make him feel comfortable. We try to find him as close to the penalty area and the goal as possible. There, the opponent has to move a little.

“Hopefully we could reach the same thing as the previous generation in making Messi feel happy for reaching finals. We were extremely excited about the Copa America but it didn’t happen.”

Regarding the Argentina national team and his adaptation:

“The Argentina shirt is not easy. I think I was able to adapt quickly. Also, when the captains, the coaching staff or the experienced players make it easy for you, it makes the adaptation process easier.”