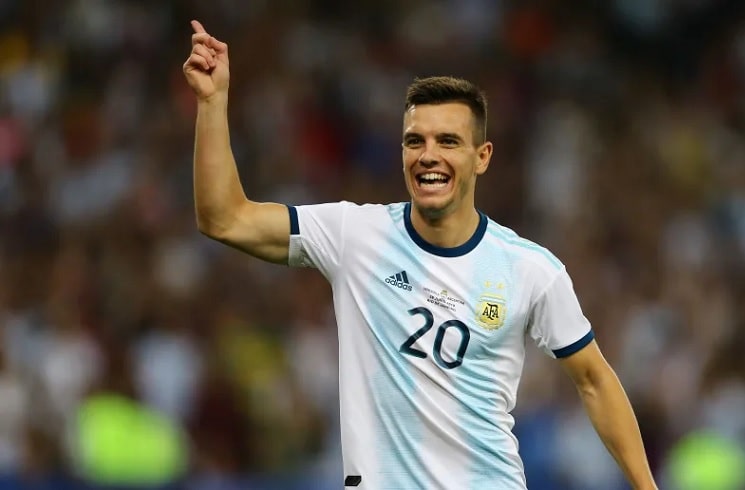 Argentina and Tottenham midfielder Giovani Lo Celso gave an interview where he spoke about the Argentina national team and how he did not play at the last World Cup.

Despite being a starter for Argentina and playing under coach Jorge Sampaoli in the matches leading up to the tournament in Russia, Lo Celso did not play a single minute when the tournament started. Speaking in an interview with TyC Sports, here’s what Lo Celso had to say about it all:

“It’s something that happened and stays in the past. Obviously everything serves as an experience and just having been there was something unique. Representing the colors of the national team and being with the players that were there was great.

“Being there, one wants to play and to show it on the pitch but being there and with what a World Cup represents, I take it as a positive thing and way to learn.

On what happened and what changed leading up to the World Cup which had him not play:

“I don’t have any information. I only trained and gave my best to be part of the team. I was selected to play from the start in the friendly matches but after that they were decisions taken and that was it.”

About the Copa America which was to be played this year but got delayed until next year:

“I don’t know if it was to be ours but we were going to go with the same idea as we did in Brazi. Being a competitive team, a protagonist and to try to win. A nice team was formed, on a football level, there’s a great idea there that was seen at the last Copa America and there’s still a long way to go.

“The change was the coaching staff. That Scaloni comes in with his staff that know the Argentina national team like Aimar, Samuel and Ayala. They are people who have always been linked to the Argentina national team and have experience. Based on the ideas that they have along with the players trying to get those ideas and reflect them on the pitch, I think they’ll make some great games.”