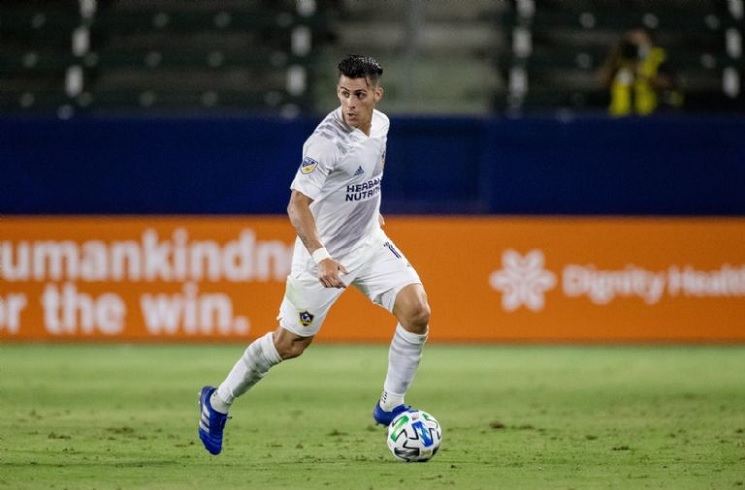 Cristian Pavón spoke about his return to the Argentina national team, Lionel Messi and playing with the LA Galaxy.

The Argentine forward has not played for the Argentina team since September 2018 and has been included in the squad for next month’s World Cup qualifiers. Speaking in an interview with La Fiesta del Fútbol at Radio Suquía Plus, here’s what he had to say:

“If I’m there, it’s because I am doing things well and for that I am very happy. Thank God I’m back in the Argentina national team.”

“Messi for me is everything, he is my idol.”

On the conflicts during the last World Cup:

“It’s not true that we were fighting at the World Cup, no one chose the team for the coach.”

Regarding playing for the LA Galaxy:

“When I got here, I knew that it was a competitive league, where there are good teams and good players. I knew it wasn’t just going to pass, I came here to play the same way I was playing at Boca, that I did with other clubs too. With that, I’m calm. Luckily, I adapted really well to the city, the team and my team mates. I’m very happy and I feel very good.”