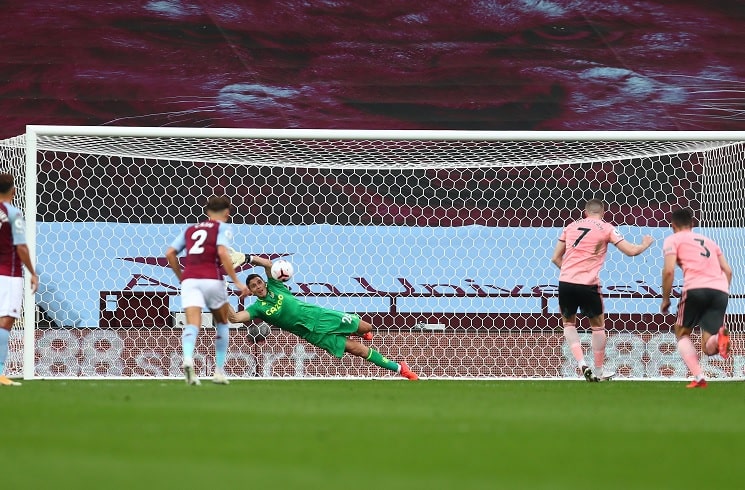 Emiliano Martinez saved a penalty for Aston Vilal in their 1-0 win vs. Sheffield United.

It was a great debut for the Argentine goalkeeper. With the score 0-0, Aston Villa were awarded a penalty. Martinez became an instant hero as he guessed the right way and jumped to his right to save the kick.

Martinez has been included in the Argentina squad by coach Lionel Scaloni for next month’s World Cup qualifiers.