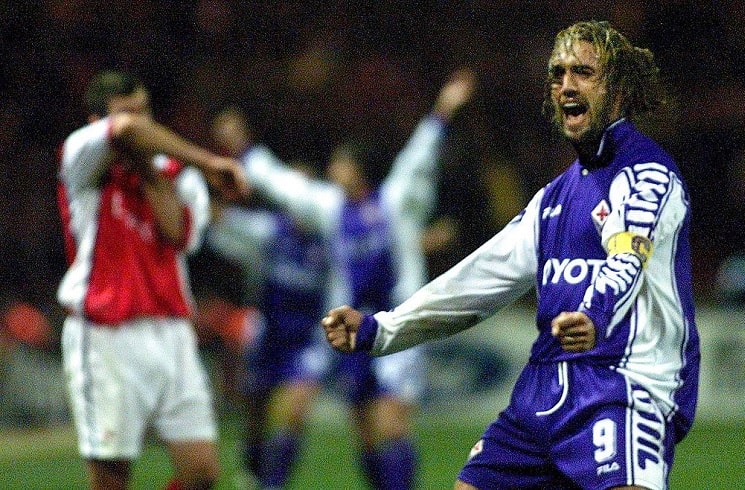 Gabriel Batistuta was known for his rocket like shots and on October 27, 1999, the Argentine lit up the old Wembley.

Batistuta was among the best number 9s to ever grace a football pitch. For Argentina, he was by far and large the best of his generation and no one has matched him since. Spending much of his career with Fiorentina, Batistuta scored many memorable goals. One of which happened on this day 21 years ago.

It was a Champions League match involving Fiorentina and Arsenal, a group B match with Fiorentina winning 1-0 and knocking Arsenal out. With the score at 0-0, Batistuta would receive the ball right on the edge of the penalty area. A drag forward with his left foot, acceleration from the Argentine and goal with his right foot. A thunderous shot would give Fiorentina the 1-0 lead and the winner.