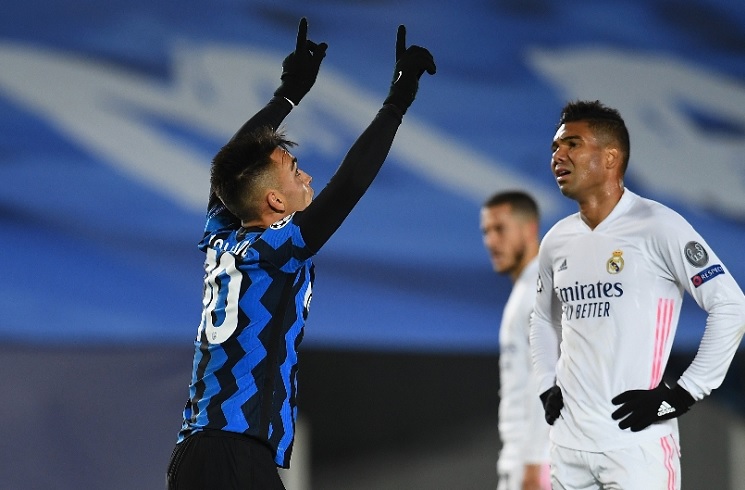 Lautaro Martinez scored for Inter in their 3-2 loss vs. Real Madrid in the Champions League.

Martinez ended his short goal draught with his first goal in the Champions League this season. This was Lautar’s first gal since October 4 in Inter’s 1-1 draw vs. Lazio. With Madrid leading 2-0, it was a lovely back heel pass by Nicolas Barela which found the Argentine who would score to draw Inter level. He would also have an assist on Inter’s second goal, a header onto Perisic who would score.

Speaking in an interview with Inter TV and Sky Sport after the game, here’s what Lautaro had to say:

“It’s a shame because we did all we could to win. We didn’t get them playing as we want. We could’ve won; we created a lot of chances but couldn’t win. We need to keep our heads up, work and continue to move forward.

“What’s missing? Details make the difference. We need to be more alert for the whole 90 minutes. Critics? I work for Inter, for my teammates; sometimes I do well, sometimes less so. But I’m sure that I always give it my all to be at this level and I’m always calm.

“Now we just need to think about the game against Atalanta – a difficult match. Then we have the break and a lot of important games.”