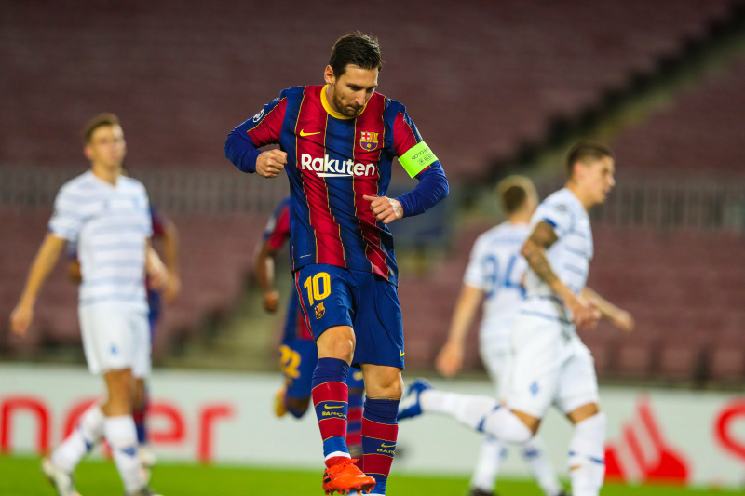 Lionel Messi scored for FC Barcelona in their 2-1 win in the Champions League vs. Dynamo Kiyv.

Messi once more scored from the spot, this time giving Barcelona the 1-0 lead. He has now played 150 games in Europe for Barcelona, with 146 of them coming in the Champions League and four of them in the Super Cup.

The Argentine is also closing in on Pele’s record for most goals scored for a single club in football history. The record by Pele is at 643 goals while Messi has 638 goals.