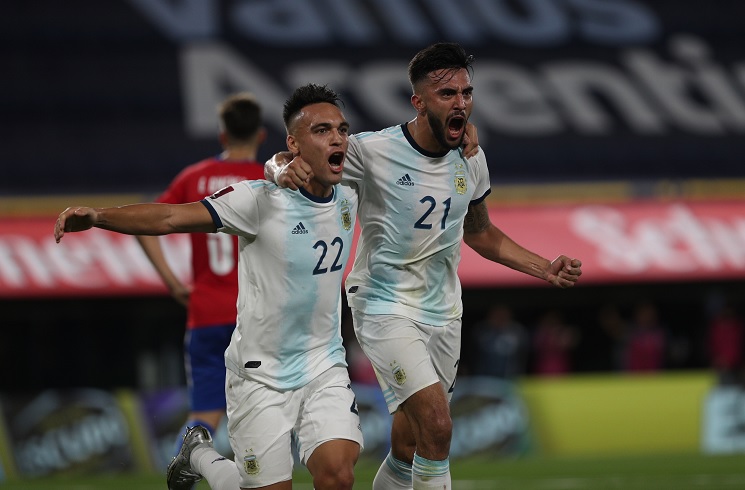 Argentina were able to get a draw as Nicolas Gonzalez scored while Lionel Messi had a goal disallowed.

Lionel Scaloni’s team did not have the best first half as Paraguay were controlling the ball. A penalty meant it was 1-0 for Paraguay. Exequiel Palacios had to be substituted off in the first half following double knees to the back. His substitute Gio Lo Celso came on and instantly had a good impact.

It was an Argentina corner kick as Gio Lo Celso took it. His cross found Nicolas Gonzalez who would head the ball to draw Argentina level. The first half would end in a draw.

The second half saw Argentina much more in control. Lo Celso looked to have had his second assist of the match as he played a cut back to Lionel Messi who scored. The team would celebrate but the referee would go to VAR and disallow it as there appeared to have been a found 12 passes prior to the goal.

Lionel Messi would come close to giving Argentina the lead through a free kick which hit the post. Scaloni would make three more substitutions as Angel Di Maria would come on for Lucas Ocampos, Rodrigo de Paul off for Lucas Alario and Nicolas Dominguez on for Lautaro Martinez.

Following the 1-1 draw, Argentina are now on seven points after three matches with the next one against Peru in a few days.