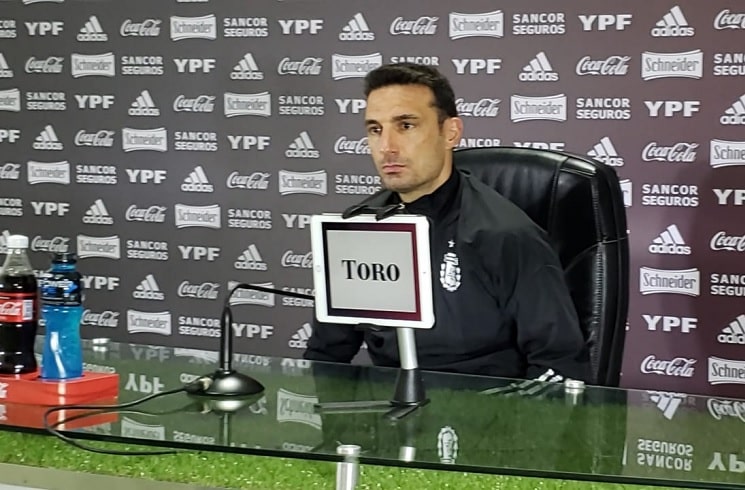 It was Nicolas Gonzalez who scored Argentina’s only goal of that match as Lionel Messi had his ruled off by VAR due to a foul. Scaloni spoke at a press conference after the match. Here’s what he had to say:

“The team didn’t start off well in the first 15 minutes. After the penalty, I think it was all us, honestly. The team reacted, created chances, they did what they had to do. We achieved the draw. The second half was all us and looking passed that we didn’t win, we have to value a lot what we did well.”

Regarding the foul on Exequiel Palacios:

“We are left without a player for several days or months, the knock was there and VAR didn’t review it. Balbuena was inside the area for the Paraguay penalty. There were a lot of passes before the disallowed goal.

“No one likes football like that. I believe that they have to look for a way to unify the issue with VAR. I’m not saying good or bad, just that to clarify the criterias.”

“We always had the option of Nicolas Gonzalez in mind, we believed he could fill that spot. It’s great joy for him. I’m happy that he played the way he did.”

Scaloni commented on not winning:

“We’re leaving with a bittersweet taste because Argentina did everything to win. In the second half, we pushed the opponents back. We have to value the attitude of the team, that always believed in the win.”