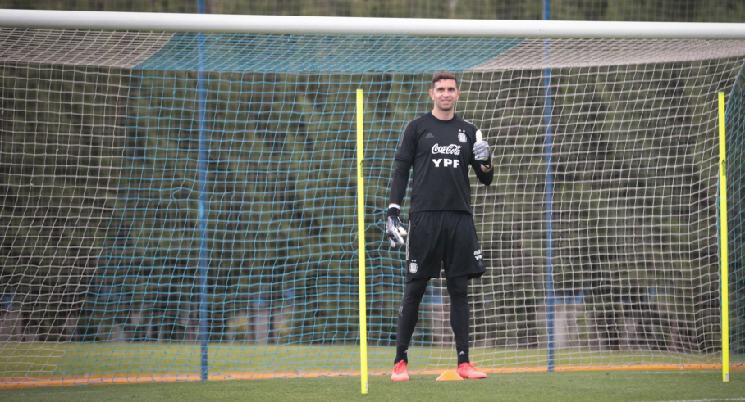 In the first part of the goalkeeper articles, we looked at why Franco Armani should keep his starting spot for the Argentina national team as we now look to why it should be Emiliano Martinez in goal.

Emiliano Martinez has arguably been the best Argentine goalkeeper since the end of last season. Not necessarily only in terms of numbers and clean sheets but also in terms of overall play. His reflexes, goal distribution and penalty saves have made him stand out.

Argentina national team coach Lionel Scaloni does not have any friendly matches to test out players in key positions but that does not mean it’s a bad thing. Current national team goalkeeper Franco Armani played his first match for Argentina at the 2018 World Cup and has kept his spot as the starting goalkeeper. However, for World Cup qualifiers, sometimes form trumps experience.

Martinez left Arsenal on loan a few teams throughout the years to gain experience and regular playing time. While it was in the second division in England, Martinez received his first opportunity for Arsenal late last season after starting goalkeeper Leno was injured. Martinez took the opportunity and ran with it.

Winning both the FA Cup and Community Shield, Martinez was not content in remaining second choice for this season and joined Aston Villa where immediate results were a success. As mentioned in the previous article, current goalkeeper Franco Armani hasn’t necessarily put a foot wrong but he hasn’t looked full of confidence.

At times poor positioning has resulted in difficulties in stopping a rebound and his ball distribution doesn’t appear to be at the same level as Emiliano’s. While coach Scaloni at times often plays with the likes of Lucas Ocampos who is quick on the wing, faster ball distribution by Martinez could lead to a better or sharper counter attack.

Penalties are also another department which sees Martinez do better than Franco Armani. While no one can truly blame a goalkeeper for not stopping a penalty, a large reason for Argentina going far in recent tournaments have been because of Sergio Romero’s heroics stopping penalties. Be it against the Netherlands in 2014 or against Colombia in 2015 at the Copa America, having a great penalty stopper and not having a good penalty stopper can easily be the difference between a team advancing in the tournament or being eliminated.

In regards to age, time is more on the side of the Aston Villa man. At 28, as a goalkeeper, Martinez is entering his prime and Argentina could benefit from that. Giving him the reigns now as the starting goalkeeper for Argentina could see him potentially hold on to the spot, should current form allow, until the 2026 World Cup where he would 34 years of age.

Faster reflexes, more command in the penalty area, a better penalty stopper and going out for the ball when a cross comes in are areas which Martinez is arguably better than Armani. A lack of experience may or may not play a factor but the likes of Javier Mascherano had zero experience with the first team before being given a chance with the senior Argentina team. Not comparing Mascherano to Emiliano as both are two completely different cases but we have seen situations with the Argentina national team where experience doesn’t play a factor.

We have seen Emiliano shine against the very best the Premier League has to offer. And while the South American leagues are respectable, Martinez has already provided several note worthy saves both for Arsenal and Aston Villa. Enough to show that he is ready to compete not only in the Argentina squad but also for the starting position.

Should coach Lionel Scaloni decide to start Emiliano Martinez instead of Franco Armani, it could easily give the team a potential boost with his demand of the penalty area. We’ve seen Emiliano Martinez wear pressure like diamonds and Argentina can use a real gem as the starting goalkeeper.