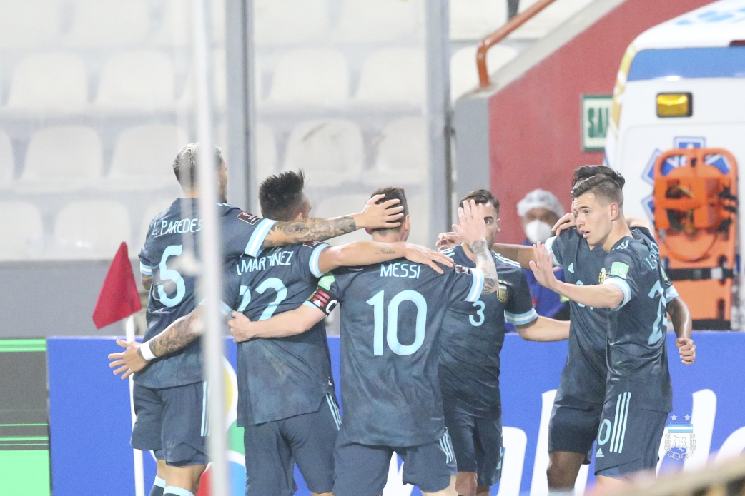 The first half was one of the best by Argentina in recent memory with two goals and it could have been more.

Despite scoring twice, it was Peru which came close to opening the score. A chance for Peru as Armani came out to close the angle and the forward’s shot went wide. After a check on VAR, no penalty was taken and we remained score less. Argentina came close to scoring minutes later, a low pass was sent into the area and Lautaro Martinez opted to take the shot rather than letting it run for Nicolas Gonzalez who was behind him.

Argentina would score after great play. Nicolas Tagliafico, back from injury, with a lovely play with Nicolas Gonzalez and Gonzalez would score from inside the penalty area his second goal in two matches. The team was not done yet.

Lionel Messi, who was tracking back and making passes helped create the second goal. His pass onto Leandro Paredes lead to Paredes playing it into Lautaro Martiez as Lautaro would dribble around the goalkeeper and score to double Argentina’s lead.

Scaloni would make one change early in the second half as Lucas Ocampos would come on for de Paul. Lionel Messi would get tripped inside the penalty area but no check by the referee or by VAR as play would continue. Messi would get a scoring chance, one which he created. A run towards goal saw him beat a defender but his shot would go just wide.

Nicolas Gonzalez would come off for Angel Di Maria and Alejandro Papu Gomez on for Lautaro Martinez as the last change of the match.