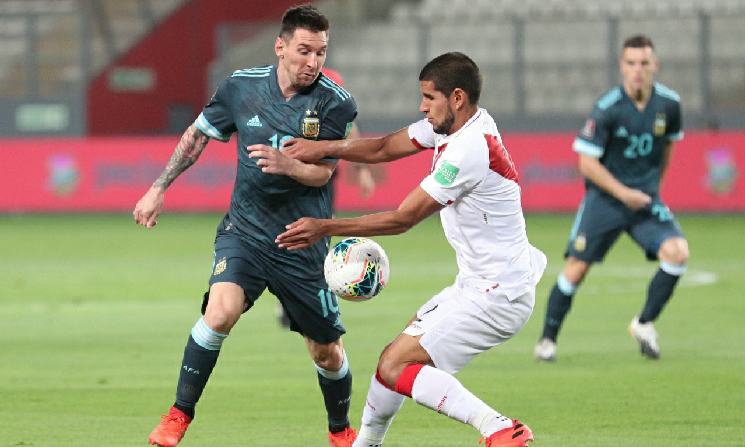 Lionel Messi commented on the team’s 2-0 win against Peru and the growth of the team.

Messi had one of his better matches despite not scoring. He played the pass into Paredes who got the assist for Lautaro Martinez on the second goal of the match. He would also track back and defend and nearly scored himself. Speaking after the match, here’s what he had to say:

“I’m happy for the win, we needed it after the match we had the other day. From the start we were great, we got the goals and we created a lot of scoring chances.

“The second half of the other match was very good and I believe we continued down the same path, even going up a level. I believe this is the path we have to continue on. Little by little, we are becoming stronger as a group.”

The Argentine also spoke about his inclusion in the team:

“I always come here with the intention of giving my all and I feel I am capable of fighting for this shirt. I feel well in continuing working and playing matches.”