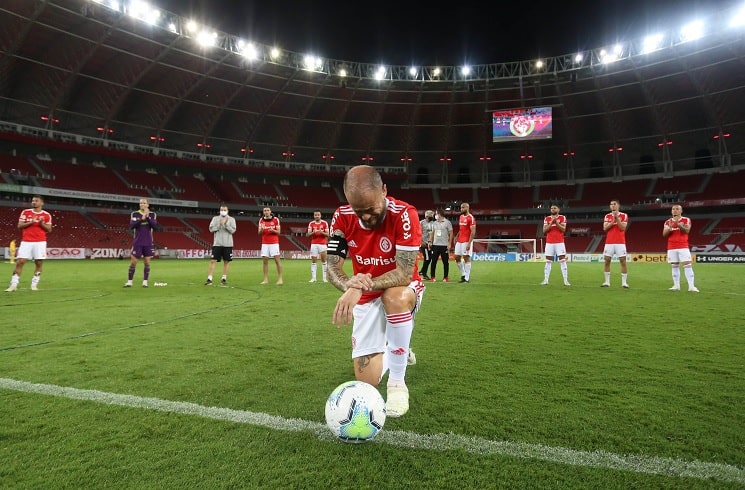 Andrés D’Alessandro played his last match for Inter de Porto Alegre after 12 seasons with the club.

D’Alessandro was in tears following Inter’s 2-0 win vs. Palmeiras. Now 39 years of age, the former River Plate man joined Inter in 2008 and while he did go back to River on loan for a few months back in 2016, he would end up playing for Inter throughout that entire period. He would grow into a captain and the main figure at the club where he would manage to win the 2010 Copa Libertadores.

It was announced at the end of November that he would not continue with the club but he would continue his playing career. There are rumors of him going back to River Plate with Argentinos Juniors and Racing Club being possible destinations.

With the Argentina national team, D’Alessandro won the 2001 U20 World Cup where he was part of an all star team.