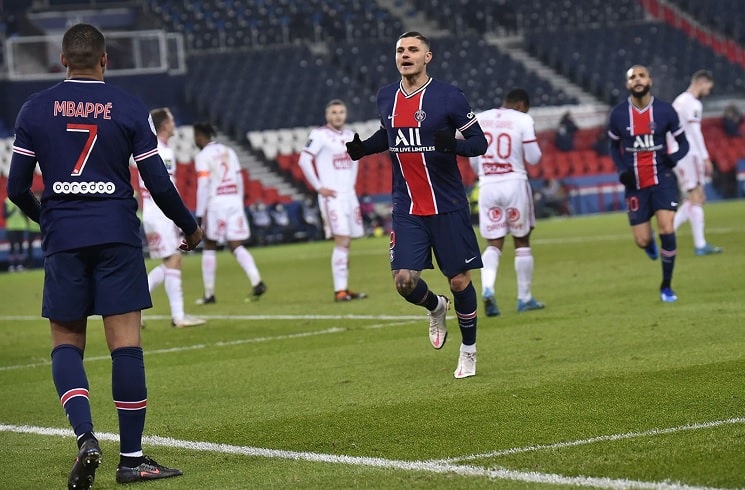 Mauro Icardi scored and had an assist for PSG in their 3-0 win vs. Brest.

Icardi hasn’t had the best of seasons with PSG, having only played 6 matches in the league due to injury. However, with new coach Mauricio Pochettino at the helm, Icardi could be getting more opportunities at the club. With PSG leading 1-0, Icardi was brought on as a substituted and made an impact.

A pass into the penalty area by Mbappe found Icardi who’s right footed shot went through a crowd to double PSG’s lead. But the Argentine wasn’t done just yet. A lovely back heel to Sarabia was the assist for PSG’s third of the match. Still only 27 years old, Icardi is now on three goals and one assist in the league.

Speaking after the match, here’s what PSG coach Mauricio Pochettino had to say about Icardi:

“We have to go slowly. Mauro is coming back from a significant injury. He is working very well. Little by little, he is coming back into the squad, into competitive action. For Mauro, like for all the players, it is important to be able to feel like you have the possibility to play. They also have to be prepared to be ready when they are on the pitch. What I am expecting, is that everyone makes it difficult for me to select my starting XI.”