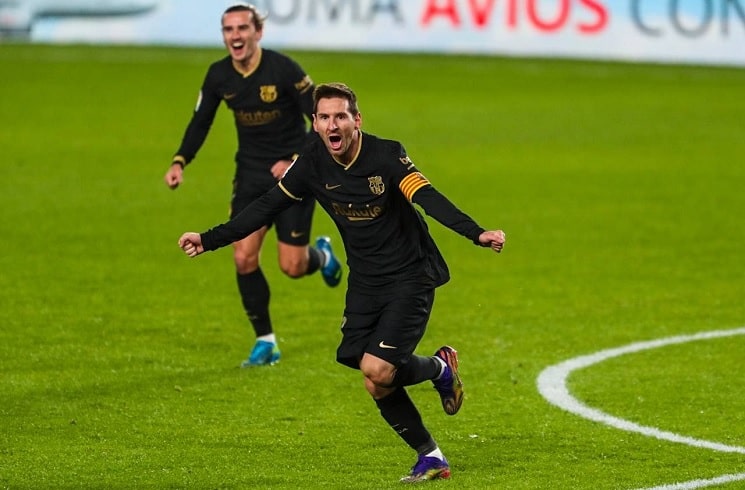 Lionel Messi scored twice for FC Barcelona, one of which was a free kick, in their 4-0 win vs. Granada.

Messi is now on four goals in his last two matches for FC Barcelona, this time scoring twice before being substituted off. It was 1-0 Barcelona when Messi received the ball on the edge of the penalty area. His effort beat the goalkeeper to double their lead.

However, the Messi show wasn’t done just yet. Barcelona were awarded a free kick before half time and up stepped Messi. He would go for a low free kick, curling it around the wall to make it 3-0 for Barcelona. With that goal, Messi now leads in the Pichichi race as he has 11 league leading goals.

MESSI GOAL TO PUT BARCELONA 2-0 UP! THE BEST PLAYER IN THE WORLD pic.twitter.com/FbdD26uzae