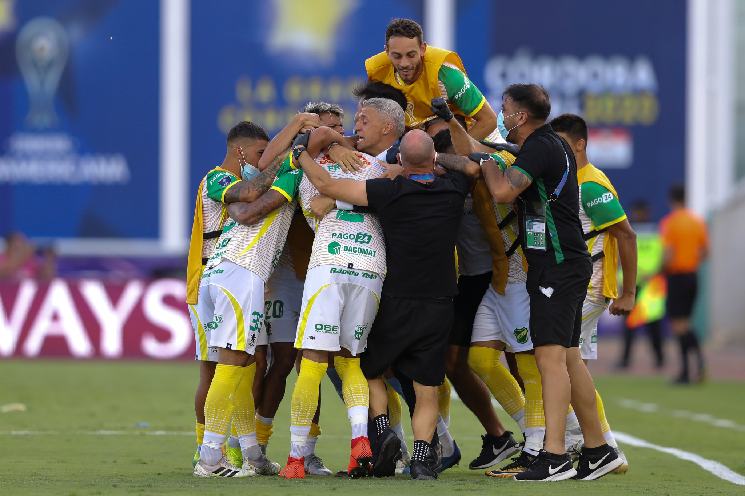 Hernan Crespo has coached Defensa y Justicia to their first ever title as they beat Lanus 3-0 in the Copa Sudamericana final.

Crespo has his first piece of silverware as a coach and Defensa has their first international trophy. It was an all Argentine final between Defensa and Lanus but in the final itself, only one team truly showed up. A pass into the penalty area as Lanus struggled to clear the ball and it fell to Adonis Frias as the Argentine would score to give Defensa the 1-0 lead.

A defensive mistake would gift Defensa the second goal. A poor bass back in the penalty area as Braian Romero would get to the loose ball and chip it over the goalkeeper to double Defensa’s advantage.