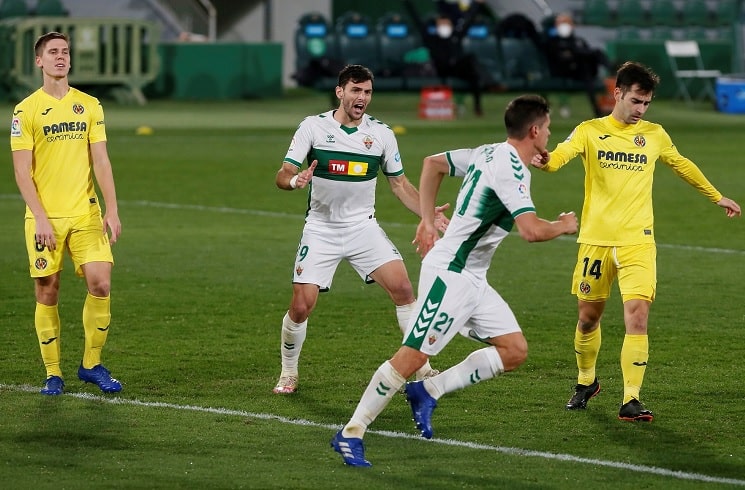 Guido Carrillo and Lucas Boye both scored for Elche in their 2-2 draw vs. Villarreal.

It was Villarreal who took an early 2-0 lead but the club with five Argentine players and an Argentine coach would fight back and score twice. A cross sent into the penalty area found Carrillo as the 29 year old leaped and scored to get one back for Elche.

Boye would score the equalizer as a free kick by fellow Argentine Emiliano Rigoni hit the post and it would fall to Boye who would score to draw them level.

Argentine coach Jorge Almiron had four Argentine’s in the starting eleven. Ivan Marcone and Emiliano Rigoni started in midfield with the two scorers up front. Newly signed Paulo Gazzaniga was on the bench.