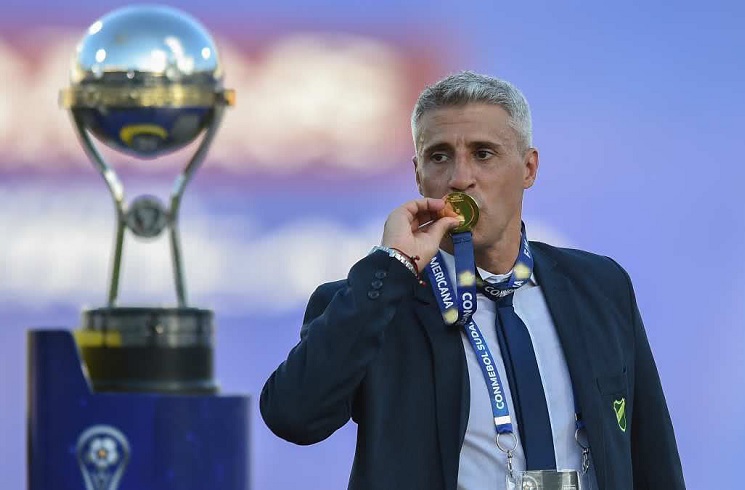 Crespo, who won the Copa Sudamericana with Justicia last month has left the club and according to reports in Brazil has “a verbal agreement” with Sao Paulo where he will become their new coach. The Argentine has been linked with different teams, as he confirmed himself. Speaking with Sportia, here’s what Crespo had to say:

“I have spoken with Santos, with Sao Paulo and with the Chilean team, but I did not decide anything at all. I have nothing, I did not sign with anyone, but it seems to me that when the phone rings constantly it is not fair that they take away even one per cent of the focus from what I had at Defense.

“I did not sign with anyone or change Defense for another situation. It seemed right to evaluate and release Defense because it was not healthy either for the leaders or for the players.”

Still only 45 year old, he has coached Modena in Italy before managing Banfield in Argentina. It was with Defensa y Justicia where he would win his first managerial trophy.