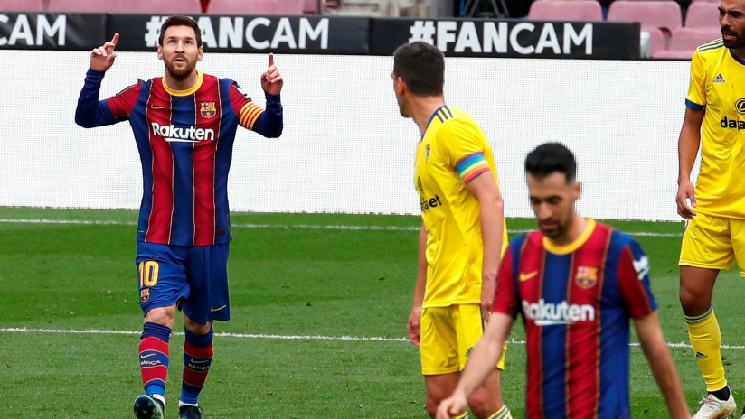 Lionel Messi scored for FC Barcelona in their 1-1 draw vs. Cadiz.

Messi scored the only goal of the game for the hosts as Barcelona were awarded a penalty. Up stepped the Argentine who scored goal number 16 of the league season for him. He also broke two records during this match.

With his appearance and goal for Barcelona vs. Cadiz, he has surpassed fellow legend Xavi as the Barcelona player with the most league appearances. The captain now has 506 appearances in the league.

Another record which Messi has broken or extended as he held the previous record is he has now scored against 38 different teams in the league.

For Cadiz, it was Argentine Jeremias Ledesma as their goalkeeper. The 28 year old is presently on loan from Rosario Central.