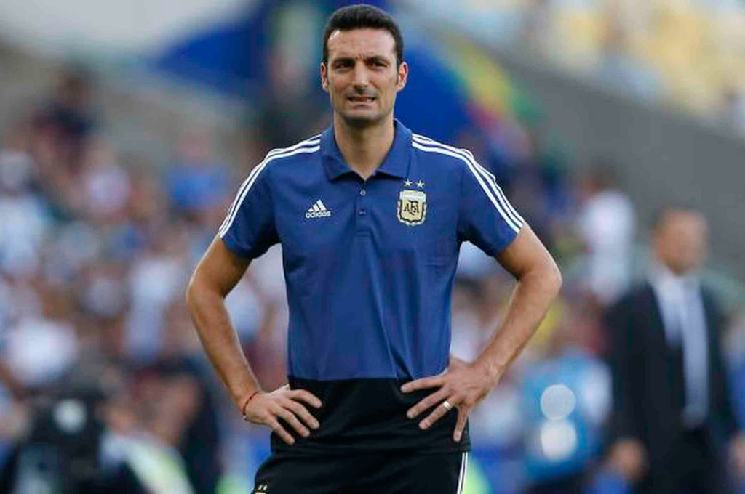 Argentina national team coach Lionel Scaloni arrived back in Argentina where he spoke about Sergio Aguero, Paulo Dybala, the World Cup qualifiers and much more.

Scaloni will announce his list for this month’s World Cup qualifiers in the upcoming week. Several injuries to key players as well as travel restrictions could be a problem as the team go up against Uruguay and Brazil later this month. Having only drawn one match and won the other three, Scaloni’s team are second in qualifying. They host Uruguay on March 26 before traveling to play Brazil on March 30 in two difficult games.

Speaking to the media, here’s what he had to say:

“It will be two fixtures just like the others but this one will be particular in that we have been observing the players. There are some who are not in the best conditions but we have time to wait until we give the final list.”

Regarding the possible travel restrictions from countries due to COVID:

“I believe there will be a reunion with CONMEBOL to reach an agreement. If the countries decide not to release the players, we can’t do much, we hope they can get here because they are important players.”

“I don’t believe there’s a problem, there are players and choices. We hope they can play in any of the matches for them to get to better fitness. If the opposite were to happen, we have other options.”

Sergio Aguero is another one who has been battling injuries this season:

“I spoke to him a month ago and hopefully he can get into the rhythm, We will decide the final list in the next week and he is always in consideration but he has to be in the best condition and we know he won’t get here 100%.”

Paulo Dybala could miss both matches due to his injury:

“We spoke four days ago and there was no solution to the pain in his ligament. He will undergo treatment and it will be difficult for him to be here.”

Marcos Senesi of Feyenoord is being looked at by Scaloni:

“There was a big change, he’s playing several matches and in a competitive league, he could be an option.”