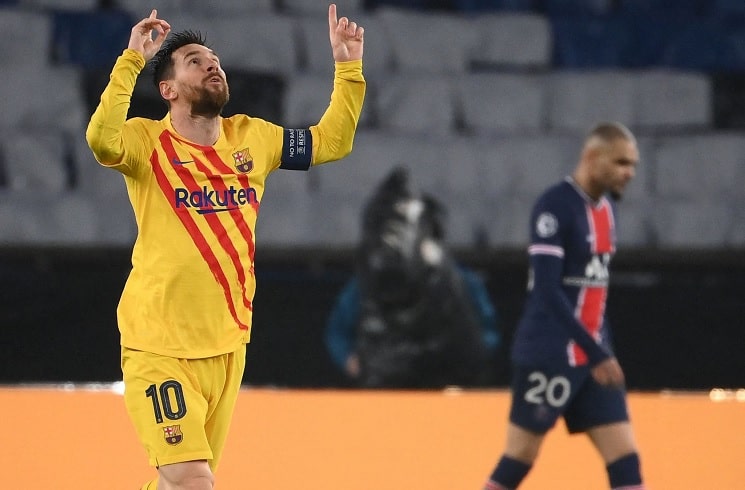 Lionel Messi scored one of the best strikes of his career for FC Barcelona in their 1-1 draw vs. PSG.

Messi showed that he can still strike the ball as well as anyone in the world as he netted scored his 25th goal of the season, leaving him six behind his tally of last season. PSG took a commanding 4-1 lead going into the second match in Paris and took a 1-0 lead in the match.

Despite Barcelona actually having most of the chances and being unlucky to fall behind, they needed a miracle for a comeback. And a miracle they could have gotten. Messi would receive the ball well outside of the penalty area and a thunderous left footed shot beat goalkeeper Navas to draw Barcelona level.

He could have made it 2-1 going into half time as Koeman’s team were awarded a penalty kick. Up stepped Messi who had his penalty saved. Yet despite the miss, Messi had a great game.

Leandro Paredes and Mauro Icardi both started for Mauricio Pochettino’s men while Angel Di Maria was brought on as a substitute.

MESSI WHAT A GOAL pic.twitter.com/ZSLJs9wbRD