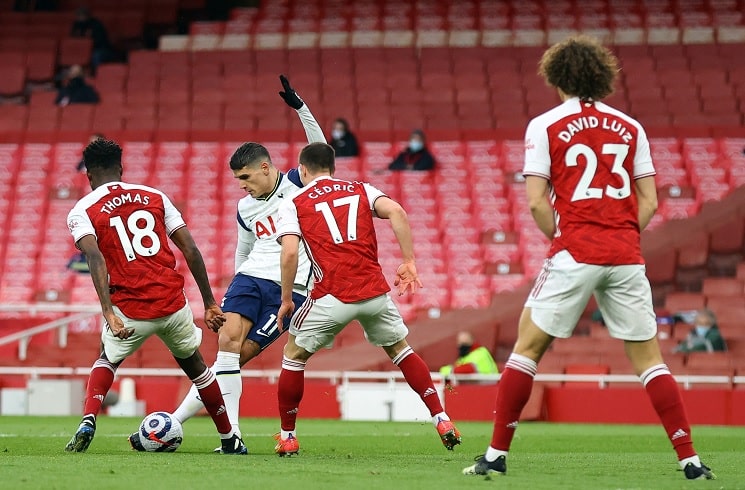 Erik Lamela scored a rabona goal for Tottenham but also got red carded in their 2-1 loss vs. Arsenal.

Lamela went from hero to villain for Jose Mourinho’s team. Starting the match on the bench, Lamela would be substituted on as Son would get injured in the first half. While Arsenal had the better chances at 0-0, it was Tottenham who got the first goal. Lamela would receive the ball inside the penalty area and with quick thinking was able to pull off a rabona as the Argentine scored to give Tottenham the 1-0 lead.

However, the second half would bring different emotions. Two yellow cards would see him get red carded.