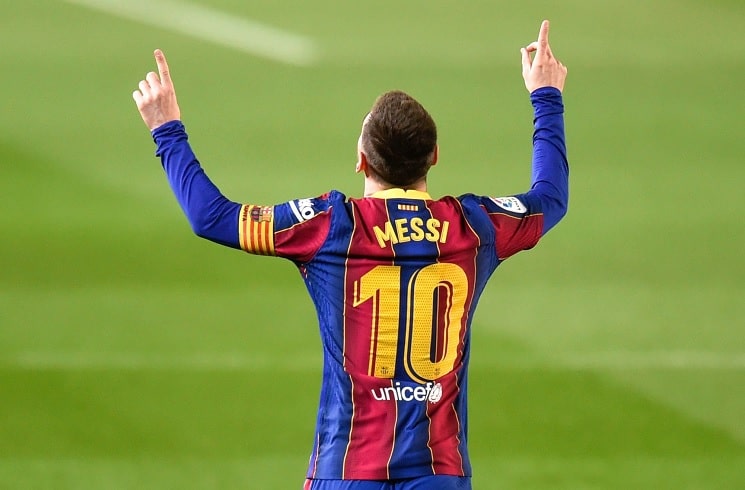 Lionel Messi scored two goals from long range for Barcelona in their 4-1 win vs. Huesca.

Messi continued his long range efforts after scoring a marvelous strike vs. PSG, this time against Huesca as he helped Barcelona in their win. He would give Barcelona the 1-0 lead in the first half as his shot would strike the crossbar and go in for his 20th goal of the league season.

Barcelona would add one more with another great strike by Griezmann and Huesca would close the gap at 2-1 going into half time. Early in the second half, Lionel would get his seventh assist off a cross to Mingueza who would score.

He would also equal Xavi’s record of most matches ever for Barcelona at 767 matches.

Messi’s touch before the Goal. pic.twitter.com/9LpWSy7gFs

One more for the road
pic.twitter.com/VAdu38STKD