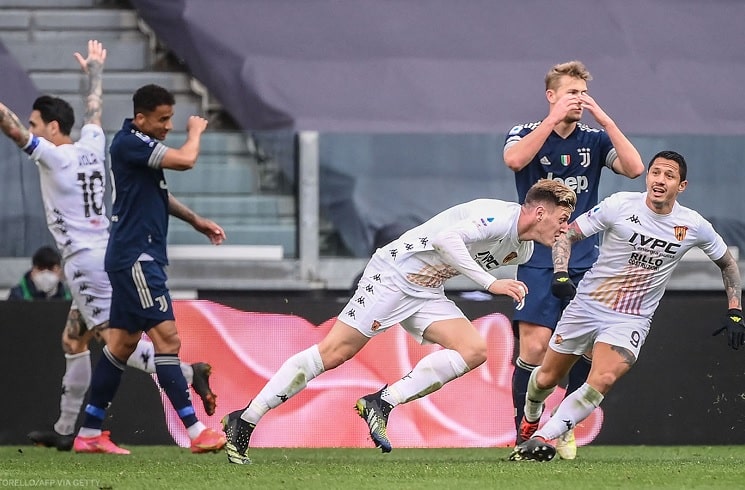 Adolfo Gaich, currently with Benevento, scored on the weekend to give his club the 1-0 win vs. Juventus and his agent would like to eventually see him at a bigger club.

Gaich, still only 21 years old, has scored twice for Benevento this season and speaking with FCInterNews.it, his agent Pablo Caro was asked about Gaich’s future. Here’s what he had to say (credit to SempreInter for the translated quotes):

“Let’s hope he can have an extraordinary future in Serie A, like Gabriel Batistuta at Fiorentina or Hernan Crespo at Parma and Inter. We hope we can have a similar opportunity, Adolfo is working every day to improve himself and to try and FULFILL this kind of dream.

“Let’s see what happens, hoping he has a good chance to one day join a team like Inter, AC Milan, Juventus, Roma… Adolfo had interest in January from some of those clubs, as well as a few informative phone calls, but it never became anything serious. Obviously that interest was pleasing all the same, although today we’re more than happy at Benevento.”

Regarding his goal vs. Juventus, Caro stated the following:

“Gaich knows that was an important goal he scored. Caro admitted. We know what Juventus mean within Italian football and that having scored against the Bianconeri is something that will remain (in history).”