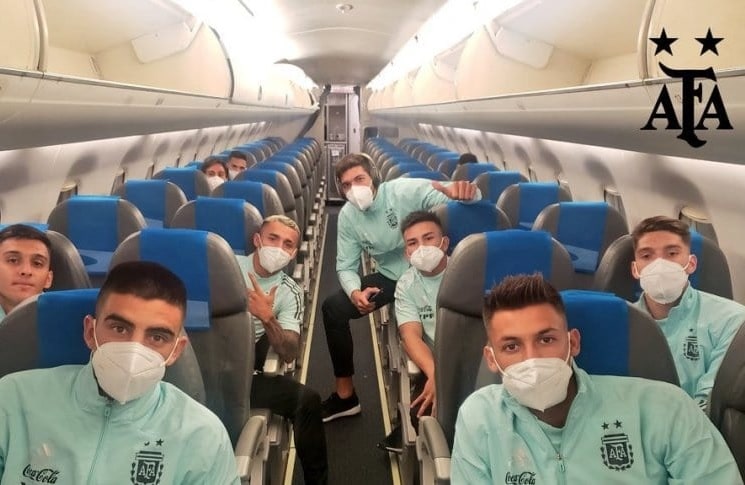 The Argentina U23 national team has landed in Japan ahead of their two friendly matches vs. Japan.

A total of 11 players from the local league in Argentine along with the coaching staff made the flight over to Qatar on Sunday. The rest of the squad, who are based in Europe, joined them in the Emirates before all of them arrived in Japan.

Argentina U23 national team coach Fernando Batista called up a total of 21 players to the squad. While the likes of Adolfo Gaich, who scored on the weekend vs. Juventus has made the team, Alexis Mac Allister of Brighton was unable to join due to the current COVID travel restrictions not only in Europe but also in the United Kingdom.

Both matches during the international break will be vs. Japan. The first on Friday, March 26 and the second on March 29. Here are the players that have been called to the team: