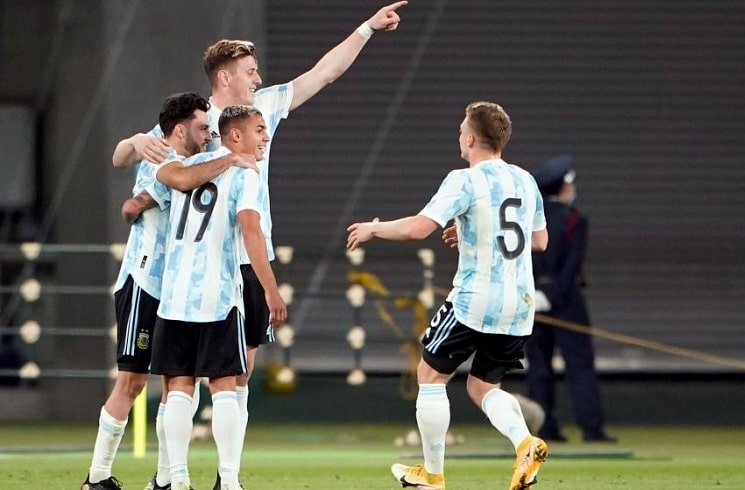 It was Gaich who scored the only goal of the match, the winner in Argentina’s first of two friendly matches vs. Japan on Friday. He has been in great form this week as he not only scored for the national team but for his club Benevento in their 1-0 win vs. Juventus last week.

Gaich has been the breakout star for the U20 and U23 team, making a name for himself at the U20 World Cup and especially in the Sudamericana, where he helped Argentina qualify for this year’s Olympic games.

Fernando Batista called up the 22 year old for the two games this week as the team prepares for the Olympics and Gaich didn’t disappoint. Speaking in an interview with TyC Sports, here’s what coach Batista had to say:

“Hopefully he continues down this path because he’s a great kid and he deserves it. In addition, he’s in good form, he always wants to do better. Everytime we call him up to the team, he comes here with a lot of desire, he has a magnet with the Argentina national team.”

The team will play their second match vs. Japan on Monday.