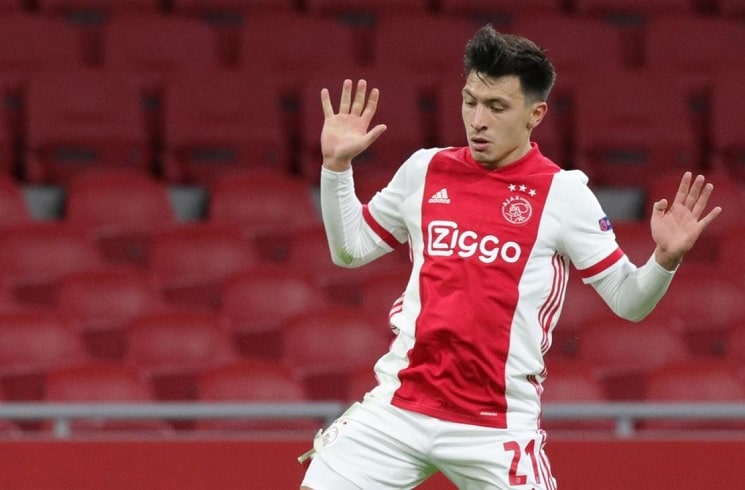 Martinez has started for Ajax in their last five league matches and eight of the last nine as he has played 90 minutes in most of those games. Enjoying a good run of games could get him included into the Argentina team for the upcoming Copa America.

Having made his debut in March of 2019 in a friendly match vs. Venezuela, the 23 year old defender managed to get some minutes alongside captain Lionel Messi. Speaking in an interview with EFE, here’s what he had to say about Messi:

“He’s a born leader. We can’t have him for 100 years but the years that he could be with the Argentina national team, we have to try and enjoy him as much as we can. It’s very nice observing him playing, how he sees things differently, how he anticipates the plays. No doubt it’s a question of watching him and observing because he’s incredible.”

Regarding the upcoming Copa America and the Argentina national team, Lisandro had this to say:

“If I’m called up to the Copa America, I’ll be very happy and if I’m called to the Olympic games, I’ll be just as happy. Representing the Argentina national team, no matter the spot, brings a lot of satisfaction.

“One has to be playing with his team, doing things well and from there showing a high level because the Argentina national team is full of good players.”

He has only played one match with Argentina and that was the 3-1 loss vs. Venezuela two years ago. He missed out on the 2019 Copa America and hasn’t featured in the World Cup qualifiers.