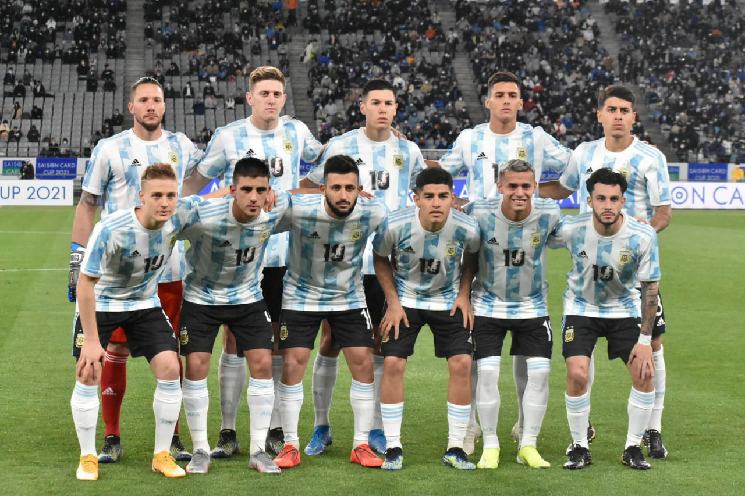 Adolfo Gaich scored the only goal of the match as the Argentina U23 team got the 1-0 win vs. Japan.

In the first of two friendly matches vs. Japan, Fernando Batista’s men would draw first blood. As both teams begin preparation for the Olympic games in Tokyo, it was an Adolfo Gaich goal that would be the difference.

A cross by Valenzuela in midfield found Vargas who would run towards goal and cross the ball into the penalty area. His cross would find Gaich as the Argentine would score, with the ball bouncing off of the crossbar and in to give his team the 1-0 lead.

Prior to the match, the Argentina team all wore a number 10 shirt in honor of the late great Diego Maradona who passed away in November. In addition, they played in the new Argentina shirt which was released by Adidas a few days ago.

The team play their second friendly match vs. Japan on Monday.