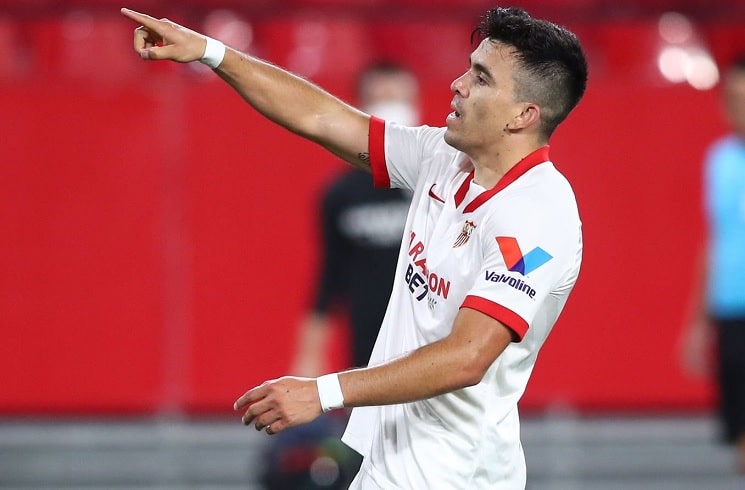 It was an Argentine on Sevilla sinking Diego Simeone’s Atletico Madrid as the Liga race is completely open. Sevilla were awarded a penalty kick and it was Lucas Ocampos who would step up to take it. Despite his previous track record from the spot being solid, Ocampos would miss his second penalty of the season. His first miss coming vs. FC Barcelona and now this one as he saw goalkeeper Oblak save his effort.

Acuña would end up saving Ocampos in the second half. A cross sent into the penalty area would find the 29 year old who’s header would give Sevilla the 1-0 lead and the three points. That goal was Acuña’s first of the season to go with his one assist.

In addition to Acuña and Ocampos, both Alejandro Papu Gomez and Franco Vazquez were brought on as substitutes. Atletico’s only Argentine representative on the pitch was Angel Correa who was also substituted on by Simeone.