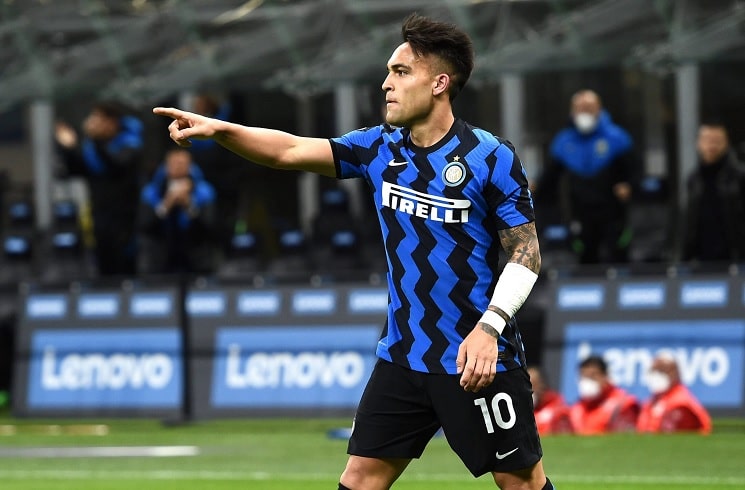 Lautaro Martinez scored the winner for Inter in their 2-1 win vs. Sassuolo.

Martinez gave Inter the three points to keep them top of the league in Serie A. With Inter leading 1-0, Lukaku would play a ball in to the Argentine who would drive towards goal and his left footed effort would leave the goalkeeper standing still as the ball rolled into the back of the net. That win would extend Inter’s lead as they move 11 points clear of second place AC Milan.

The 23 year old is now on 14 goals and 8 assists in the league this season and has two goals in his last three league matches.

Inter coach Antonio Conte had great things to say about Lautaro following the match. Speaking with Sky Sport Italia, here’s what he had to say (translation courtesy of SempreInter):

“Lautaro has improved like all the players. I praised him in yesterday’s pre-match press conference because he’s improving hugely in every aspect, in terms of controlling the ball, running in behind and his passing.

“Lautaro looked for Lukaku a lot today, they’re two players who are doing very well and I’d like to spend a word for Sanchez’s performance as well.”