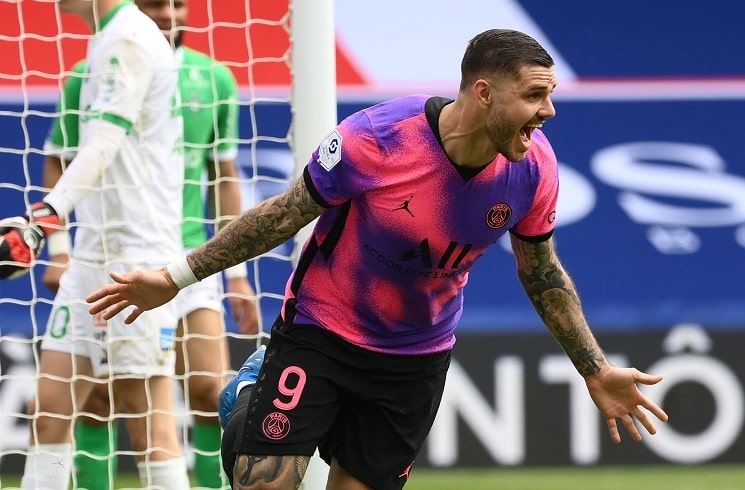 Icardi goal, Di Maria assist as the two men from Rosario link-up to help give Mauricio Pochettino’s team the full three points. Five goals in the second half or even five goals in the last 20 minutes with two coming in injury time provided all the late drama.

Angel Di Maria and Mauro Icardi both started the match on the bench for PSG and were second half substitutes. It was St-Etienne who took the 1-0 lead but Kylian Mbappe would draw level just two minutse later. It was Mbappe again who would score in the 87th minute to give PSG the 2-1 lead. St-Etienne would draw level in the 92nd minute which looked to be the final score.

However, there were two Argentine’s on the pitch who were going to play a role in the match. PSG were awarded a corner kick and it was Angel Di Maria who took it as the 33 year old’s cross found Mauro Icardi and the Argentine would head the ball into the net to give PSG the 3-2 win. That win means PSG are one point behind league leaders Lille, with both teams having played the same amount of matches.