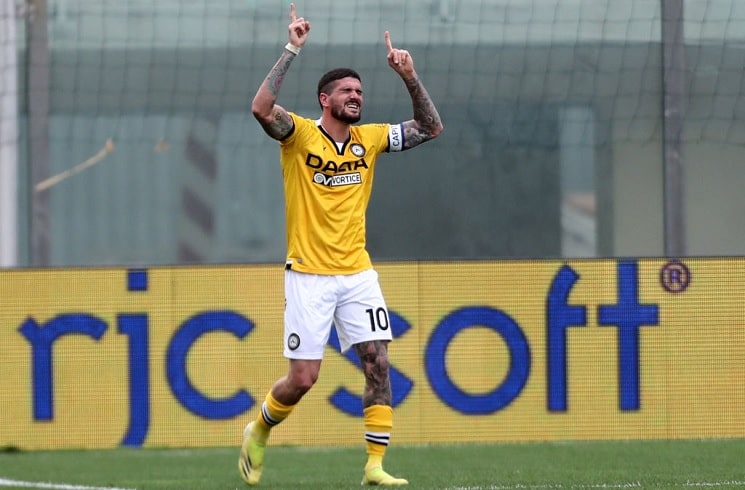 Rodrigo de Paul went from hero to villain as he scored twice and got sent off for Udinese in their 2-1 win vs. Crotone.

De Paul would give Udinese the 1-0 lead right before half time. A shot by Nestorovski was saved by the goalkeeper but the Udinese captain would get to the ball, position himself and his right footed shot would beat the goalkeeper for the first goal of the match.

Roberto Pereyra would play a part in the second goal in the Argentine connection. With the score at 1-1, Pereyra would cross it over to De Paul and the 26 year old would dribble into the penalty area and once more his right foot would beat the goalkeeper to give Udinese the 2-1 advantage.

The Argentine would get sent off for dangerous play. De Paul would go for the same ball as Molina of Crotone and De Paul would raise his right foot as his boot would hit Molina. The referee gave him a straight red card.

Now on 8 goals this season, de Paul has been an integral part of the Argentina national team and has been linked with several teams across Europe.