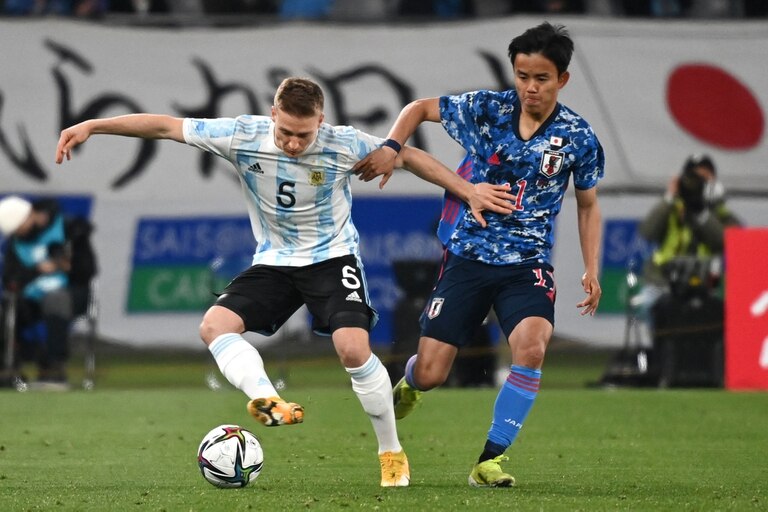 Fernando Batista’s team have been drawn in Group C at the 2020 Olympics alongside Spain, Egypt and Australia.

Argentina’s quest for a third gold medal at the men’s Olympic football tournament will begin in Group C. The draw for the 2020 Summer Olympics took place on Wednesday as we found out the groups and matches for the first round.

An opening match against Australia on July 22 is what awaits Argentina. Both teams were also included in the group together back in 2008 in a match which ended 1-0 with Ezequiel Lavezzi scoring as Argentina would go on to win the tournament. The second match in the group is against Egypt on July 25, a match which depending on results, could have Argentina either mathematically into the knockout stages or even eliminated.

Spain will be Argentina’s final opponent just three days later on July 28 as what is already being build as Adolfo Gaich vs. Ansu Fati as the Barcelona youngster made headlines earlier this season with his incredible form.

Should Argentina qualify for the second round, they would either face the winners of Group D or the runner’s up in Group D, depending on Argentina’s final position in their group.

Here are the groups:

This is an U23 tournament but per the rules and restrictions, every team will be allowed to include three over-age players. Batista’s squad recently played two friendly matches vs. hosts Japan which ended with one win and one defeat.

An Adolfo Gaich goal gave Argentina the 1-0 win in the first match but a few days later it was Japan who ended up getting the 3-0 win in what was a dominant performance by the hosts. Batista was without a few regular squad players due to the COVID travel restrictions in Europe.