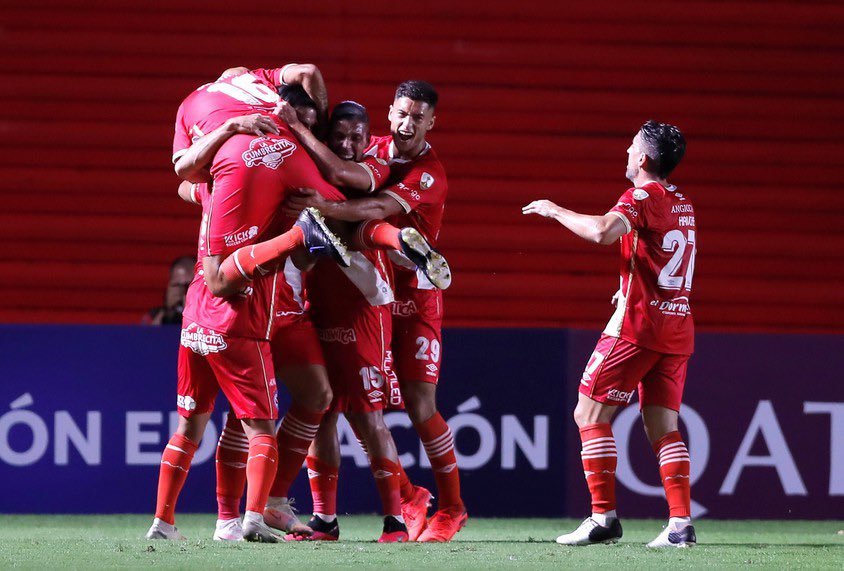 Two Argentine clubs were in action on Tuesday as the Copa Libertadores kicked off.

It was one win and one loss for Argentine clubs on Tuesday as Argentinos Juniors managed a 2-0 win at home vs. Nacional. A free kick into the penalty area ended up finding Gabriel Avalos as the Paraguayan would score with a right footed effort to give Argentinos the 1-0 lead.

Carlos Quintana would get himself sent off with two yellow cards as Argentinos were down to 10 men. Despite being short a player, Argentinos would continue the pressure and it would pay off. Emanuel Herrera would score the second in the second half as the Argentine faked a shot with his left foot before shooting with his right.

The other Argentine club taking part in the Copa Libertadores on Tuesday was not as lucky. Velez took a 1-0 lead in the first half through Lucas Janson after Flamengo had come close to scoring just minutes earlier.

Not the best defending by Pellegrino’s men as Willian Arao was left completely unmarked and he would draw Flamengo level. Lucas Janson would score his second goal of the match to restore Velez’s lead. A header off a corner kick found Janson as the Argentine would score once more.

Flamengo would draw level again as Velez goalkeeper Hoyos would trip up Gabriel and the Brazilian would score off the resulting penalty. The pressure would continue to be applied as Flamengo would really take control of the game. De Arrascaeta with a lovely strike into the top corner of the goal would give Flamengo the 3-2 lead and the win.

The Strongest vs. Boca Juniors